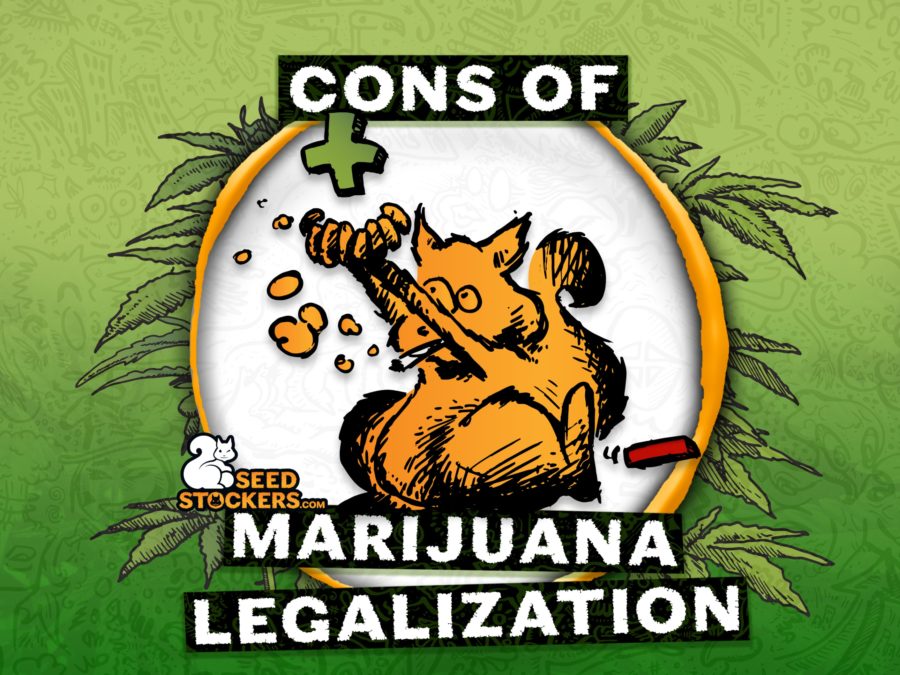 Teen use. US marijuana legalization seems to increase its use by teens. The percentage of 12-17 year olds using marijuana is higher in every legal state in the US. 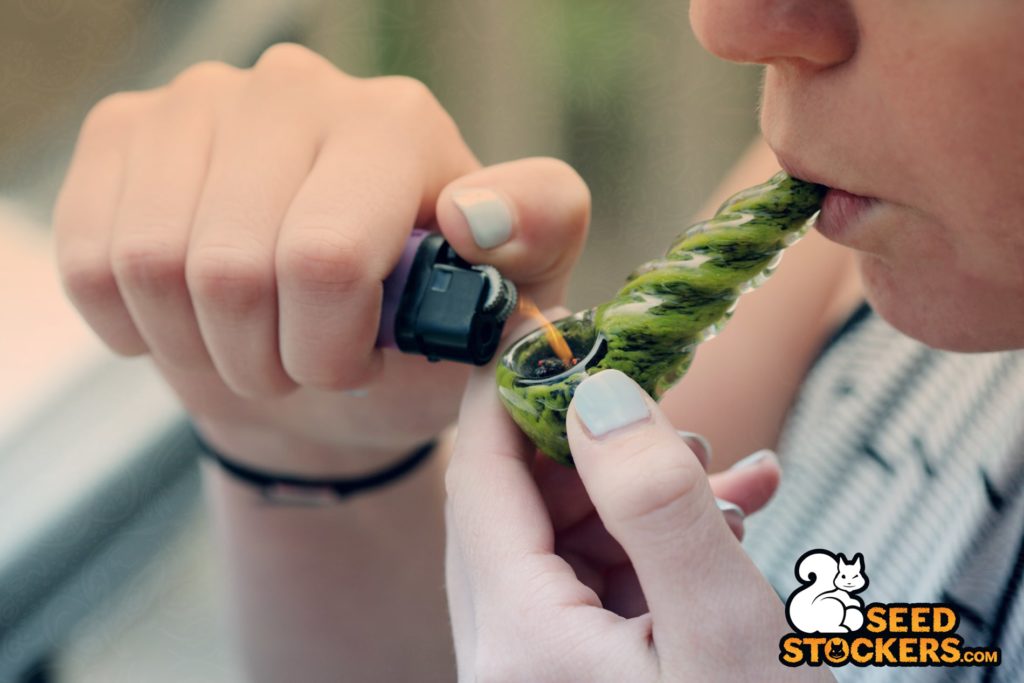 An overuse of cannabis could lead to depression, anxiety and other mood disorders. Cannabis use is often linked to memory loss.

Gateway drug. It is thought that using marijuana can lead to more serious substances.

Perception alteration. As a psychotropic substance, THC in marijuana can alter your perception. This can influence your productivity at work and your ability to drive.

Economy boost. Not only could it create jobs. The legalization of cannabis could also erase the illegal market.

Marijuana becomes a standard commercial endeavour. In the US alone, it could bring 106.7$ billion instead of the annual 29$ billion spent on its prohibition. Also, dismantling the black market takes pressure off law enforcement. This provides the police and courts with more money through tax revenues.

Governments ensure that weed is free of any harmful substances.

Social justice. Decriminalization limits the damage in the communities that endure the drug war. 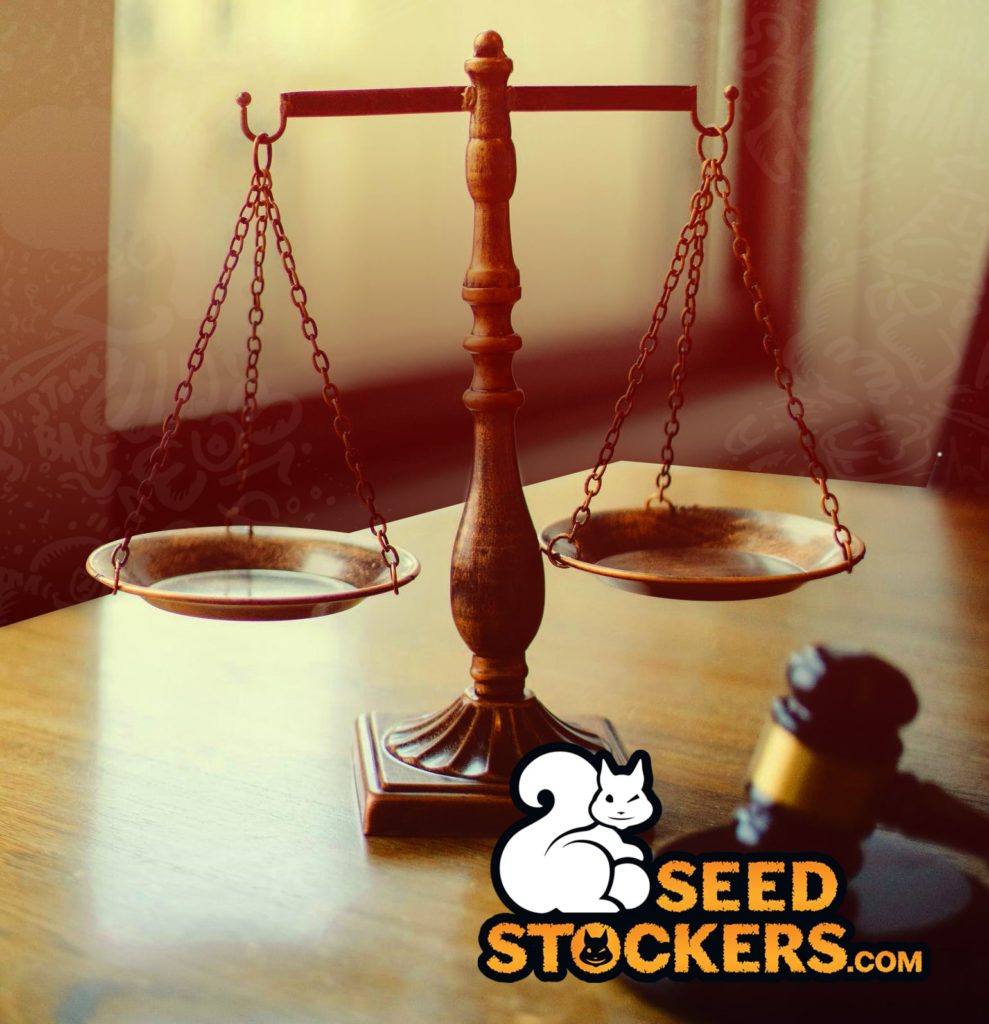 Stopping the disproportional racist impact of its criminalization. White and black people use marijuana at roughly the same rate. Yet, a black person in the US is 3.73 times more likely to get arrested for possession.

It is an intrusion on personal freedom of choice. On this note, US Senator Cory Brooker (Democrat, New Jersey) said: “From every perspective -a libertarian perspective, fiscal conservative’s perspective, Christian evangelical perspective, progressive perspective- marijuana prohibition is just wrong”

Legalization leads drug cartels and street gangs to lose the monopoly on cannabis. The violence associated with the trade decreases.

There is less social harm. The effects on arrested youth due to drug possession have lifelong consequences.

Wider access for medicinal use. The legalization of weed leads to more research. More citizens get to use the drug for its many medical benefits.

What everyone needs to know

US cannabis legalization has led 16 states to allow its recreational use. Another 36 plus Puerto Rico, Guam and the District of Columbia allow marijuana for personal medical use. 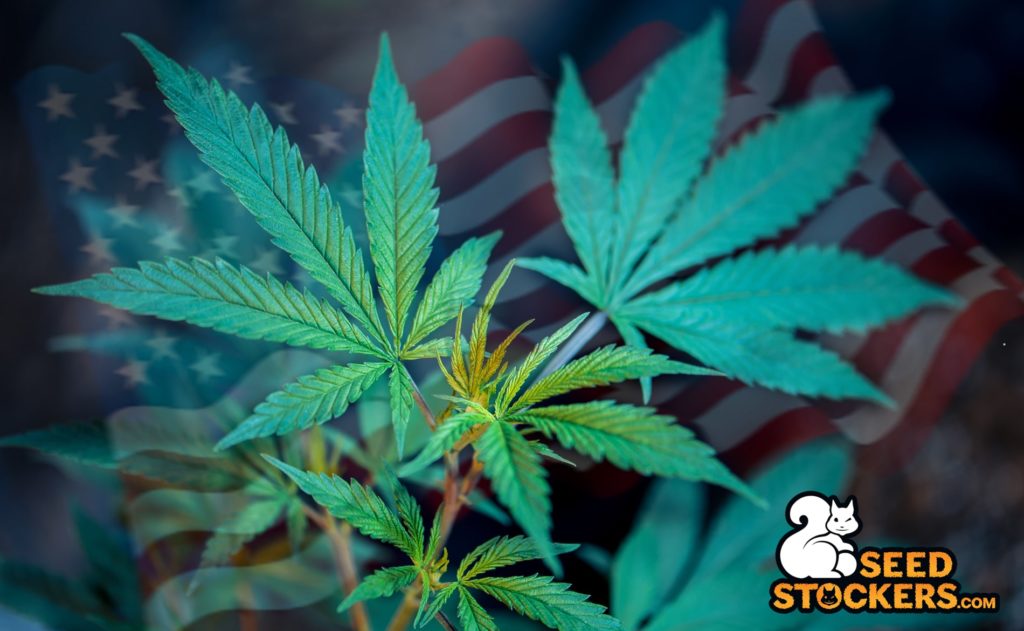 600.000 US citizens get arrested for possession every year (more than one person per minute).

States that legalized medical marijuana encountered lower crime rates and higher tax revenues. All this within a year of the laws being enacted.

US marijuana legalization has almost erased the black market.

Science is not completely certain of the links between cannabis use and memory loss.

In the US, marijuana is an illegal Schedule 1 drug. This puts it into the same class as heroin, cocaine, LSD and ecstasy. Yet, the Food and Drug Administration approved a form of it (Epidiolex) to treat seizures.

Two medicines based on the ingredients of marijuana were also approved. Dronabinol and Nabilone treat nausea and vomiting from chemotherapy.

Hospitalization related to edibles has grown. There is more chance of intoxication this way because the strength of their active ingredients is not regulated.

Users get different dosages from different batches of brownies or lollies. However, cannabis edibles are safer for your lungs!

Some Colorado facts after 6 months of legalization: