Hexahydrocannabinol (HHC), what is it? 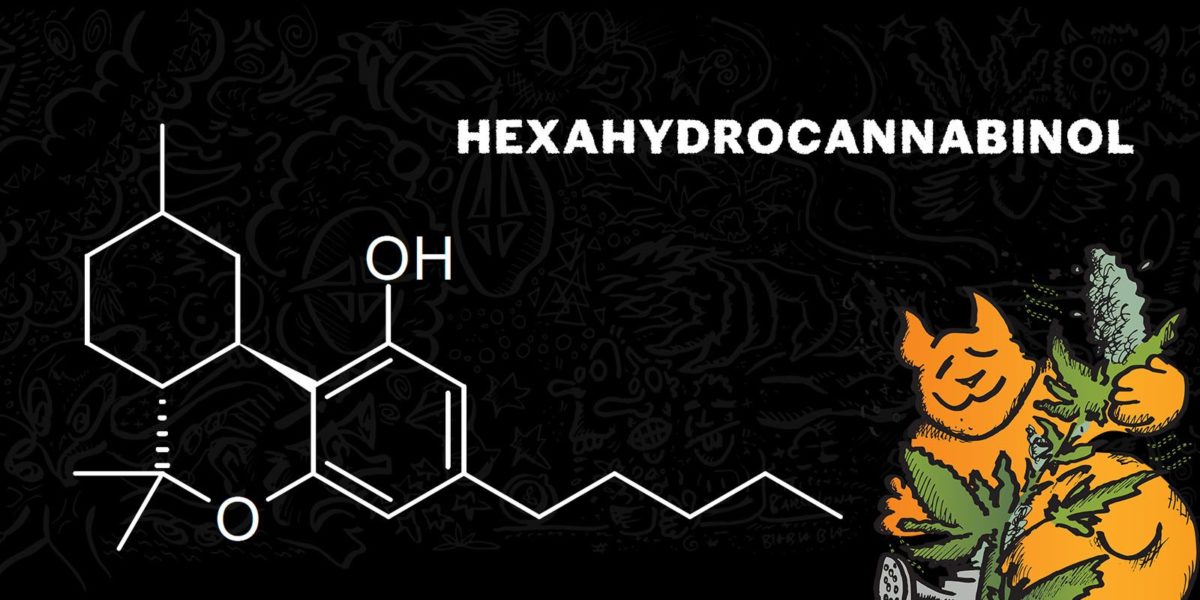 When it comes to cannabinoids, the ones that we usually hear about are the most common ones, like THC and CBD. But the cannabis plant has already been found to contain more than 150 different cannabinoids (some are present in such small amounts that you wouldn’t even know that they’re there). One of these is hexahydrocannabinol (HHC), a derivative of delta-9 THC that is becoming increasingly popular as it delivers effects similar to those of THC. Here we tell you everything you need to know about this cannabinoid.

In the era of alternative cannabinoids, THC and CBD are giving way to minority compounds such as delta-8 THC (for a more relaxing experience), delta-10 THC (for greater stimulation and energy), or the powerful THCP and THC-O (for more psychedelic effects). Hexahydrocannabinol (HHC) is one of these ‘new’ cannabinoids and is in fact one of those which are influencing the current marijuana market the most.

This compound rose to fame after U.S. regulations banned the sale and use of delta-8 THC, an analogue of delta-9 THC and also HHC, which means that they have the same molecular structure but with a slight difference in the location of a double bond.

Hexahydrocannabinol was first synthesised in 1944 by Roger Adams, an American organic chemist at the University of Illinois, who added hydrogen molecules to delta-9 THC in a process known as hydrogenation. This technique breaks THC’s double-bond chemical structure and replaces it with hydrogen, but the effects and potency of this cannabinoid remain essentially unchanged. Therefore, hexahydrocannabinol, or HHC, is a hydrogenated form of THC. 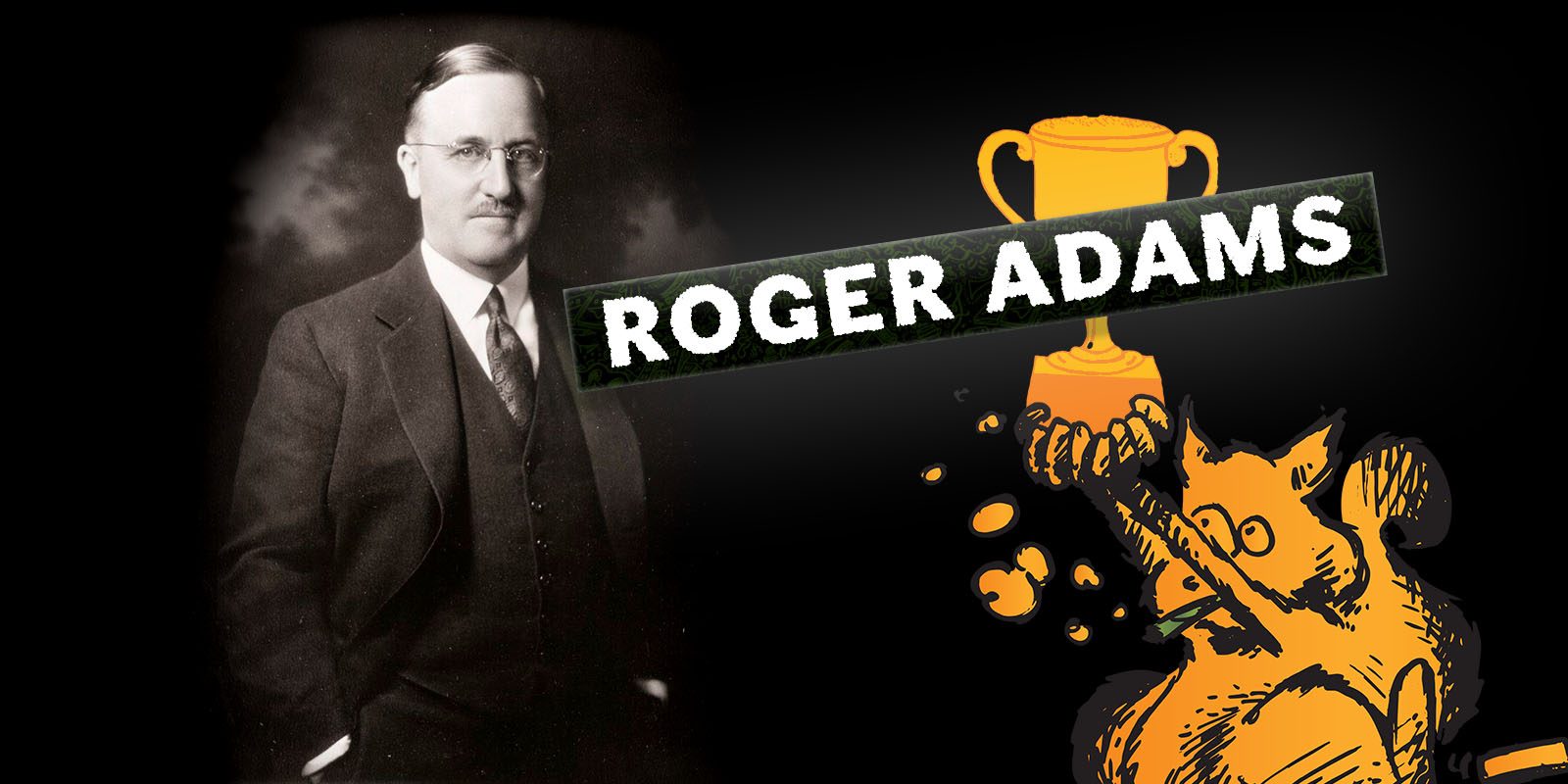 While Mr. Adams created HHC from conventional THC extracted from cannabis, this cannabinoid is usually obtained through a process that begins with hemp. In fact, HHC is naturally found in cannabis, but only in minimal concentrations. Therefore, it needs to be processed in a laboratory to obtain the necessary quantity for its use and so is considered a semi-synthetic cannabinoid.

To obtain a usable amount, the hydrogenation process saturates the THC with hydrogen atoms in the presence of high pressure and a catalyst such as nickel or palladium. But there are also other ways to obtain HHC.

Any THC isomer can be used to make HHC through hydrogenation, including delta-8, delta-9, and delta-10 THC. It is also possible to convert CBD into HHC. Basically, CBD is first extracted from hemp and then distilled and isolated as a powder. Then the HHC is obtained using a chemical reactor, through a process that different companies have already started to patent. Moreover, HHC can also be obtained from the terpenes citronellol or L-carvone using various catalysts, high temperature, pressure, and hydrogen atoms.

You may also see two different isomers labelled as HHC: (R)-HHC and (S)-HHC. In actual fact, these are stereoisomers, that is, compounds that have the same shape and structure (atoms are connected in the same way in both molecules) but different three-dimensional forms. It’s something like your left and right hand: they’re the same, but the thumb is on the left in one hand and on the right in the other.

Both stereoisomers are formed at the same time, but the ratio of each can vary depending on the type of THC used to make them. In practice, however, most HHC preparations end up producing a 50/50 mixture of both isomers. 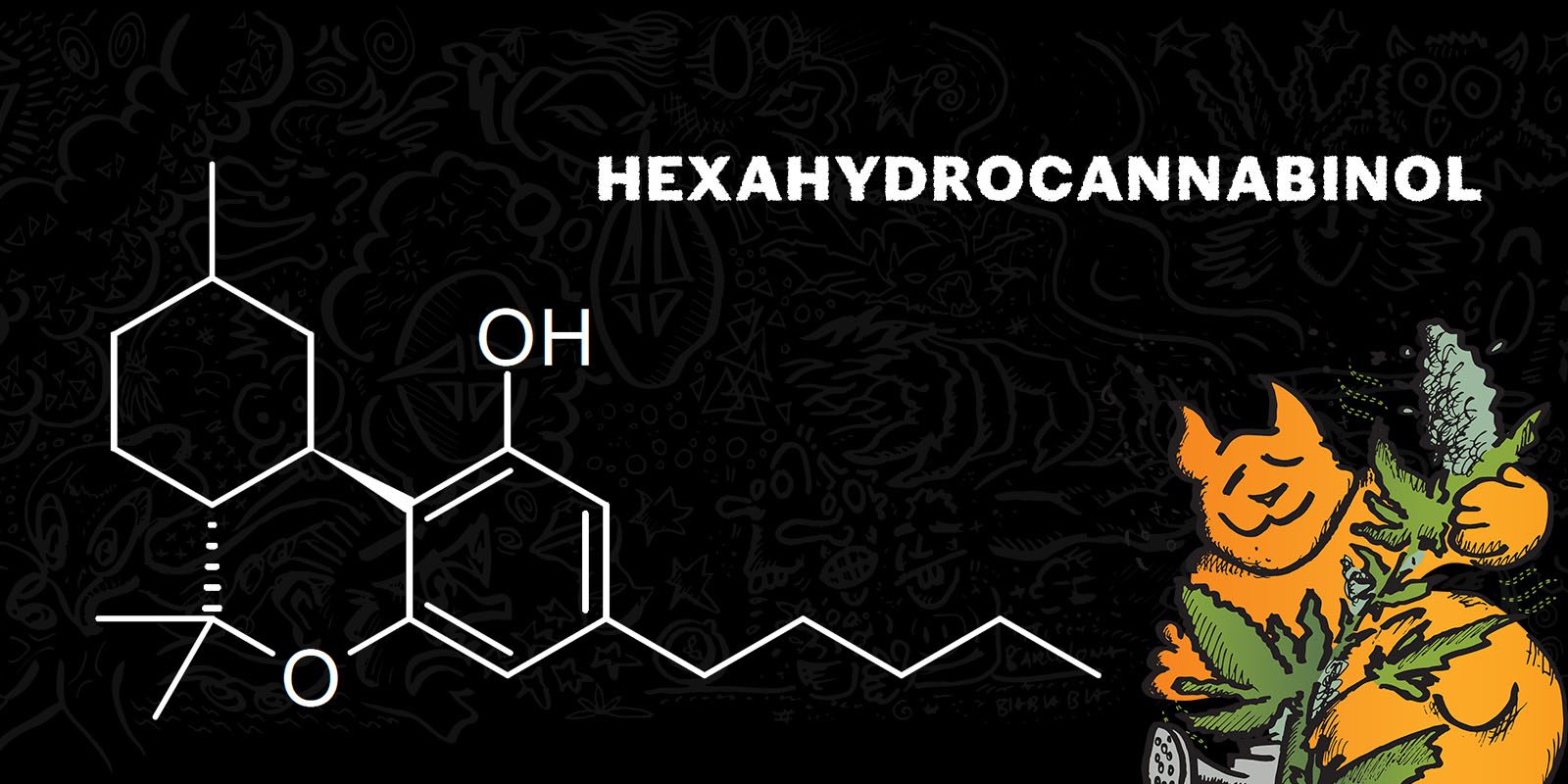 Hydrogenation is a process similar to the one used to transform vegetable oil into margarine. Hydrogen atoms are added to the chemical structure to stabilise it, thereby extending the shelf life of the baked goods. In the case of cannabis, HHC is also a more stable form, as THC in its natural form is highly susceptible to oxidation and degradation.

This creates a compound with a longer shelf life and less susceptibility to heat, ultraviolet light, and oxygen, making it the ideal cannabinoid for extracts that will be available in the near future. This apparently minor alteration also increases the binding affinity of HHC to the endocannabinoid receptors CB1 and CB2, as well as to the TRP pain receptors.

Effects and benefits of HHC

Therefore, HHC induces the same effects as THC due to its ability to bind to the same cannabinoid receptors, causing feelings of euphoria and increased heart rate and body temperature, as well as altered visual and auditory perceptions. Some HHC users also describe their effects as more relaxing than stimulating.

Nonetheless, HHC is generally considered less powerful than THC. Experts have not yet agreed on its exact potency, although they estimate that it is less potent than delta-9 THC but more potent than delta-8 THC. Therefore, HHC must be consumed in high doses to produce a similar effect to that of normal THC compounds, although this varies from person to person depending on body systems and tolerance levels.

However, scientists have discovered a remarkable feature in HHC: its high bioavailability. This refers to the ability that the body has to break down and absorb a substance. THC and CBD are not completely bioavailable, which means that they are not fully absorbed by the body and so, as a result, we don’t get to fully enjoy all of their benefits. On the contrary, hexahydrocannabinol can be metabolised in our body more efficiently, and so it leads to more complete results.

HHC is still very new, so there aren’t many studies available to evaluate its therapeutic potential. So far, though, this cannabinoid appears to offer most of the benefits of other forms of THC. Some animal studies have even shown that HHC exhibits significant analgesic properties when tested in rats.

HHC’s potential benefits include the following:

Preliminary in vitro studies also show HHC’s potential as an anticancer agent. While much more research is still needed, early data from some animal studies suggest that hydrogenated cannabinoids may work just as well or even better than their non-hydrogenated counterparts to shrink the size of tumours. 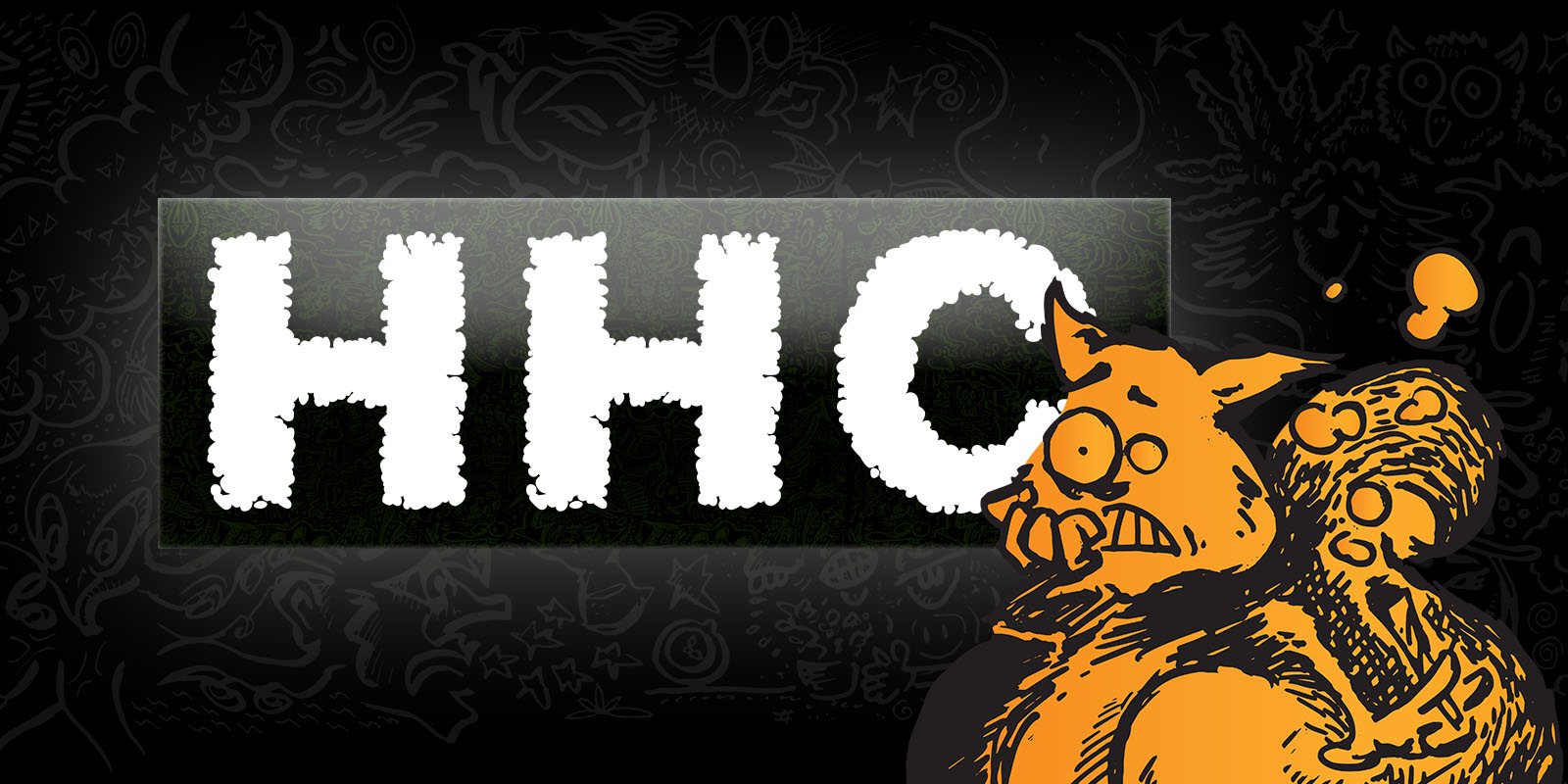 These cannabis products are relatively new, so there still hasn’t been enough time for their effects to be studied in depth. Therefore, there’s still little or no research on the immediate or long-term impact of HHC use. In addition, a standard dose of HHC hasn’t been characterised yet, so much of the available information is only speculative.

So far, preliminary research indicates that HHC has a safety profile comparable to that of THC; and its reported side effects are similar to those resulting from high doses of THC, which include:

However, the main cause for concern with HHC is the use of aggressive chemicals during its manufacturing process, as well as the formation of unwanted chemical by-products that can be present in the final product. 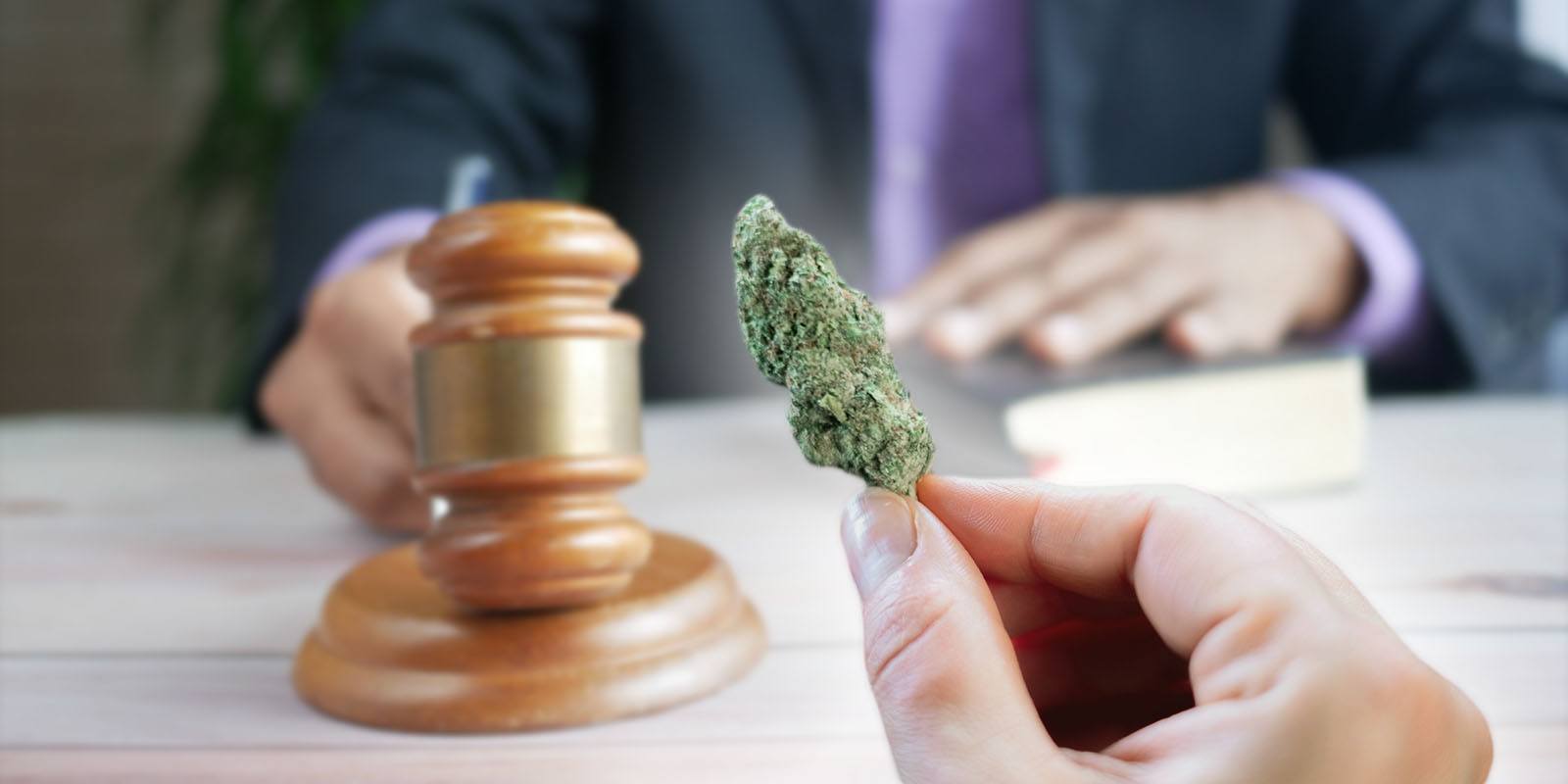 There is much debate about the legality of cannabinoids such as HHC or delta-8 THC. Companies intending to sell HHC claim that it is completely legal because it occurs naturally in hemp. However, like many of the other THC analogues, it is not found in significant quantities in nature and therefore must be manufactured in a laboratory to obtain a usable supply. The crux of the matter is whether it constitutes a natural or a synthetic compound.

So its legality is subject to this interpretation as a semi synthetic cannabinoid. Hexahydrocannabinol has been around for decades, but has only been in use for less than a year. As a result of its novelty, there isn’t a real set of rules to regulate its production and distribution.

This in no way means that you should turn your back on HHC: as more research is carried out on this cannabinoid, it will no doubt lead to its ultimate standardisation. For now, HHC products exist (and thrive) in the murky legal zone between hemp (which is legal) and marijuana (which is not). But, until HHC enters a regulated system, consumers must weigh the risks and benefits of these compounds by themselves. Only time will tell if HHC proves to be the long-acting cannabinoid that we never knew we needed so badly.