While potency, aroma, and flavour normally represent the Holy Trinity of cannabis, it is hard to beat the beauty of the crystalline THCA, a type of extraction that is coming on strong. THCA diamonds look very much like normal diamonds: both are rare and, as a result, they’re both expensive. However, THCA diamonds are certainly not forever and are actually crystallised from cannabinoid extractions. Here we explain everything you need to know about them.

When cannabinoids are purified and isolated under the right conditions, they can form crystalline solids. These concentrates have earned the name of ‘diamonds’ because they tend to be more expensive due to the amount of work needed to produce them, and also because of their remarkably high level of purity.

Among these, THCA diamonds are the most popular. They get their name from their crystalline structure that resembles that of diamond stones, although these extractions normally have a pure white colour, which can occasionally be golden or amber. And they have a THCA purity that is close to 100%, so they represent the purest form of the plant’s most famous cannabinoid available on the market today.

As a result, things like terpenes are almost completely removed from the final product, producing an odourless and tasteless concentrate. Nonetheless, THCA crystals can often be found mixed with ‘terp sauce’, which results in an incredible potency combined with equally impressive terpene profiles. What are THCA diamonds?

As the name suggests, THCA diamonds are characterised by their crystalline appearance. Once this cannabinoid is reduced to its purest state through the use of cold extraction methods and the application of pressure, crystallisation occurs, creating a substance that shines like no other on the market.

Just as impurities and variables like temperature and humidity interfere with the crystallisation of sugar in the production of molasses, terpenes and other compounds interrupt the crystallisation of THCA to varying degrees, which has an effect on the final structure, size, and shape of the diamonds. These are also influenced by the solvents used during the extraction process.

So the diamonds exhibit unique colorations and clarities that are actually derived from the terpenes and from the purity of the crystal structure: the more yellow/golden the colour, the more terpenes they contain; and cloudy crystals indicate that there is more solvent in them.

THCA is what is known as an inactive compound. This tetrahydrocannabinolic acid is basically a cannabinoid that appears in great quantities in live cannabis plants. It is similar to the THC that we know and love, but with some additional acid atoms attached to it. These are responsible for THCA not providing the psychoactive effects that users expect from THC, unless it is activated by heating to eliminate those extra atoms. This process is known as decarboxylation and is the same as when you light a joint, practice ‘dabbing’, or cook edibles in the oven.

The key to freeing THC from THCA is to smoke or vaporise these crystals, usually with ‘dab rigs’, which are the most popular devices for ‘dabbing’. However, it is important to remember that diamonds are essentially pure cannabinoids, so you need to be extremely careful. The THCA potency of a commercial flower is usually around 25%, whereas concentrates are usually between 70 and 90%. By contrast, diamonds are only a tad below 100% THCA, which is why even experienced users should treat these crystals with a lot of caution. 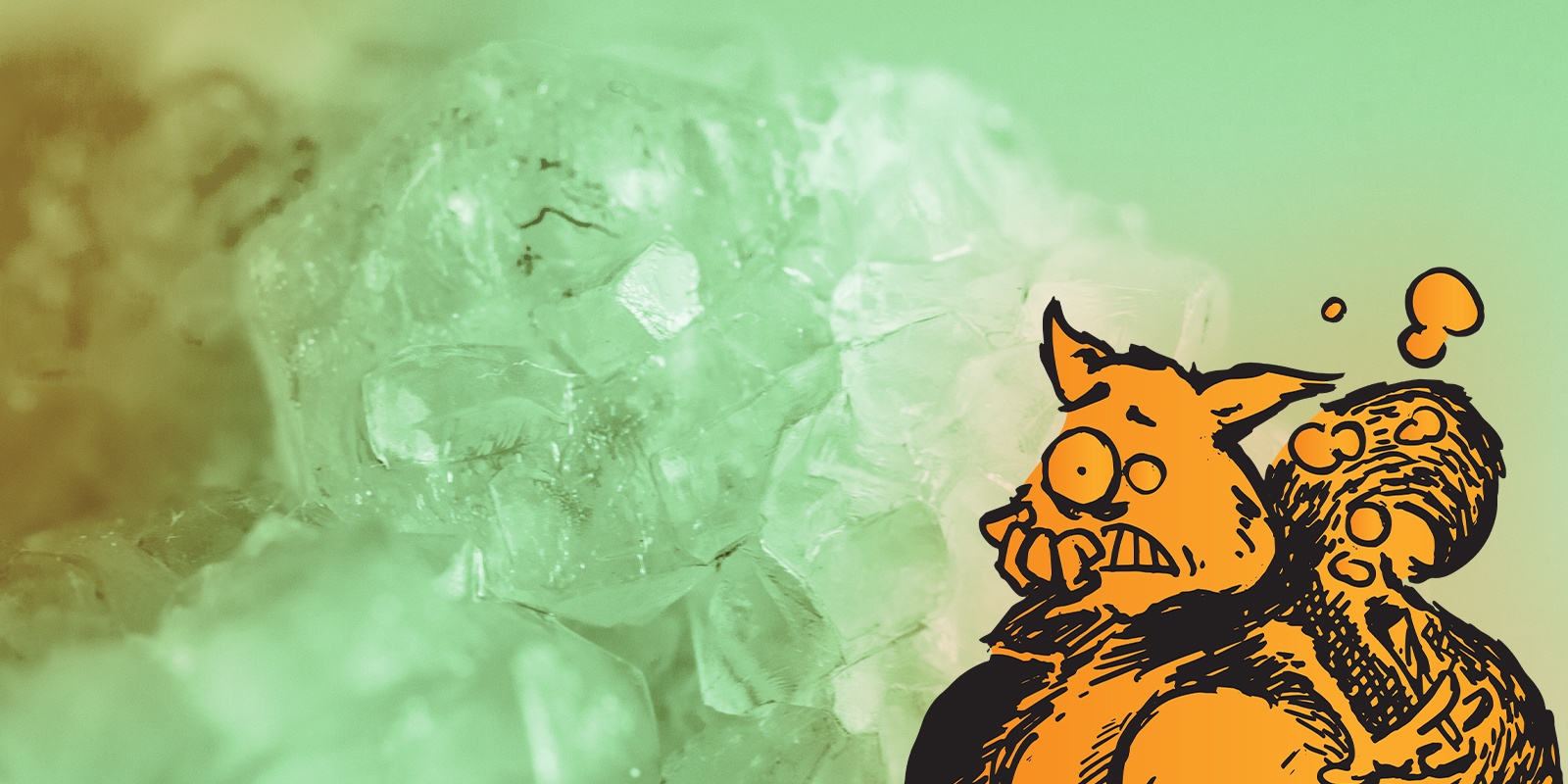 How are THCA diamonds obtained?

Generally speaking, cannabis extraction consists of eliminating the inert plant matter and isolating the desired primary compounds, which are divided into two groups: terpenes and cannabinoids. Terpenes are liquids at normal ambient temperature and pressure, while cannabinoids take solid form under typical conditions.

Almost all cannabis concentrates contain terpenes and cannabinoids, which make them susceptible to a process called nucleation that eventually causes them to separate. The difference is that, when nuclei are broken, they usually don’t form crystalline structures, or at least not the kind that are visible to the naked eye. But using a simple process called ‘diamond mining’, large crystal formations can be created using nothing more than time.

Therefore, THCA diamonds can be obtained in two main ways, with the most significant difference between them being in the solvent removal process:

In most solvent-based extractions, the goal is to remove the solvent through evaporation as quickly as possible. But this is not the case when making diamonds and other crystalline extracts. In fact, it is quite the opposite.

Using a closed-loop system to create diamonds requires technicians to change the way solvents are purged from the system. Instead of immediately purging the residual solvents with a vacuum furnace, 10 to 15% of the solvent is left in, creating a solution that’s oversaturated with THCA. The process of then slowly purging the solvent leads to the formation of the THCA crystalline structures.

As the terpenes create a liquefied layer at the top, cannabinoid crystals start to form at the bottom. This step occurs within two to three weeks, depending on how long it takes to form a satisfactory number of crystals at the bottom of the container. Then, the solution will be ready for the final purging.

To produce crystalline cannabis, you can also create an oversaturated solution by mixing a solvent with a highly refined cannabis concentrate that has had all lipids and terpenes removed. Heat and pressure are then applied so the solvent slowly evaporates, thereby creating the right environment for crystals to form.

When crystalline THCA is produced, all of the THCA precipitates or separates from the solution and falls to the bottom of the container. With the right temperature and concentration level, THCA chemically binds to other THCA molecules to form crystalline structures. 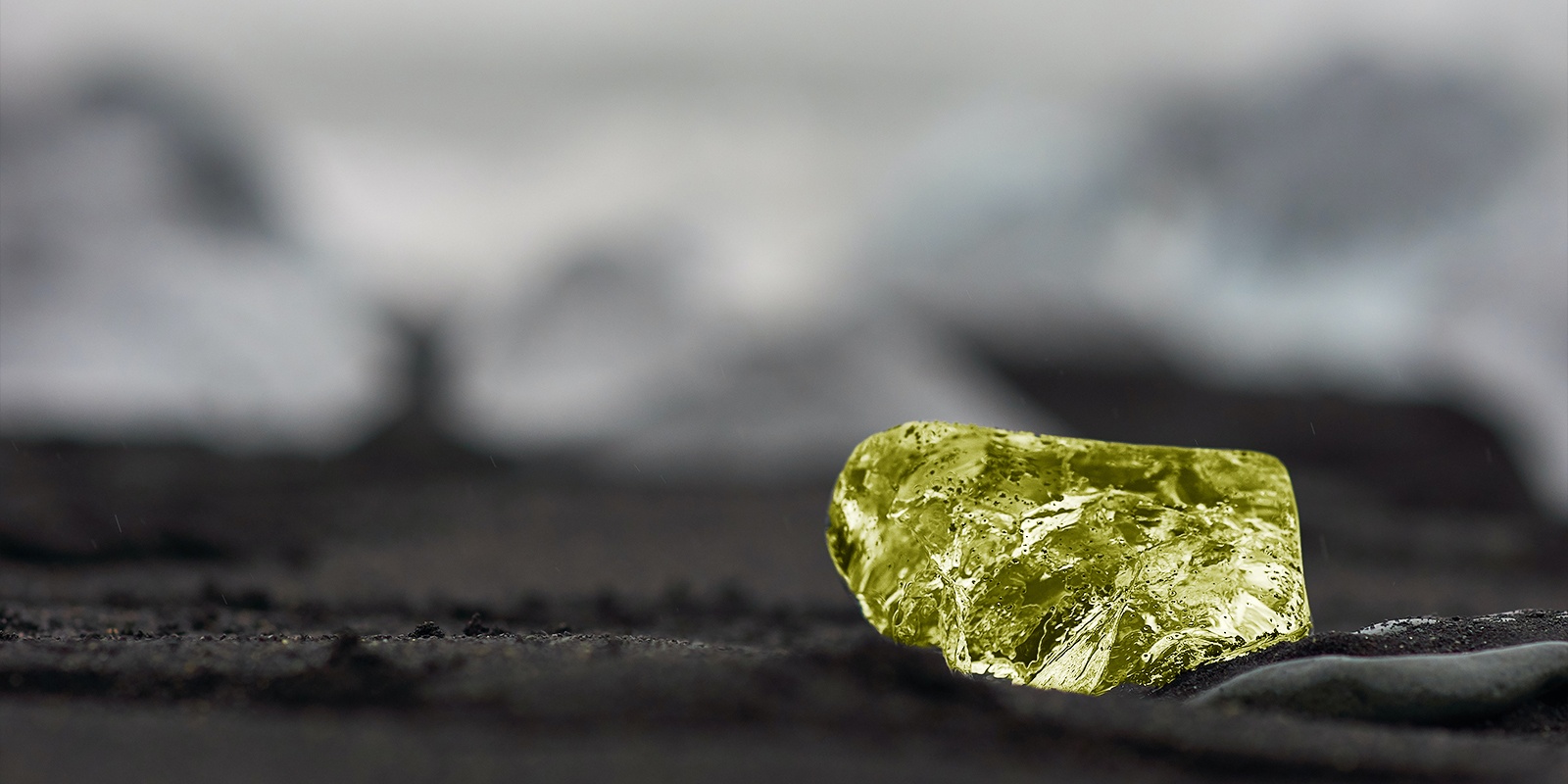 What is diamond mining?

Diamond mining is the term used for the process of making THCA diamonds by extracting them from terp sauce. Depending on the size of the cannabinoid crystals and the overall consistency of the sauce, it is possible to completely separate the crystals from the concentrate, resulting in two separate products. One of them is the pure crystalline THCA diamonds; the other is the terp sauce, whose content includes over 50% terpenes as well as all other extracted cannabinoids.

This procedure is performed with the help of a rotary evaporator or ‘rotovap’. These devices are designed to gently separate the solvents from the compounds through a slow heating process combined with pressure and rotary motion. It’s something similar to a washing machine, although, in this case, just a wash is not enough to get the crystals!

Therefore, diamond miners use the rotovap to form delta-9 THCA crystals under the liquefied terpenes. That ‘sauce’ is separated, and the crystals are put back into the extractor to go through another cycle whose result is pure THCA.

How to use THCA diamonds

Cannabis diamonds can be consumed like most concentrates, so vaporising them is the best way to enjoy their full potential. You can use a ‘dab rig’, for instance, which consists of placing the diamonds on a small platform called ‘nail’ or ‘banger’ and then heating the device with a blowtorch so they vaporise.

But remember that the effect of these diamonds is up to 4 times stronger than the one produced by a joint. Therefore, if in doubt, start with a small diamond (the size of a grain of rice or less) to see how it affects you. If necessary, you can gradually increase the dose over time.

Most people use diamonds to help control treatment-resistant pathologies, although they have become incredibly popular in recreational markets for their powerful effects, which deliver a pleasurable, tasty, and heady high. And they’re so potent that their effect can last for several hours at a time, which is much longer than the effect you get from dried flowers or even from other concentrates like waxes or ‘shatter’.

Once known as a girl’s best friend, diamonds may soon become the new best friend for concentrate fans from all walks of life. They may not be the best option if you’re a beginner looking to take your relationship with cannabis to the next level, but they certainly have the ability to elevate your mind to heights that you’ve never reached before. Companion planting, all the benefits for the cannabis