What does OG and OG Kush mean? 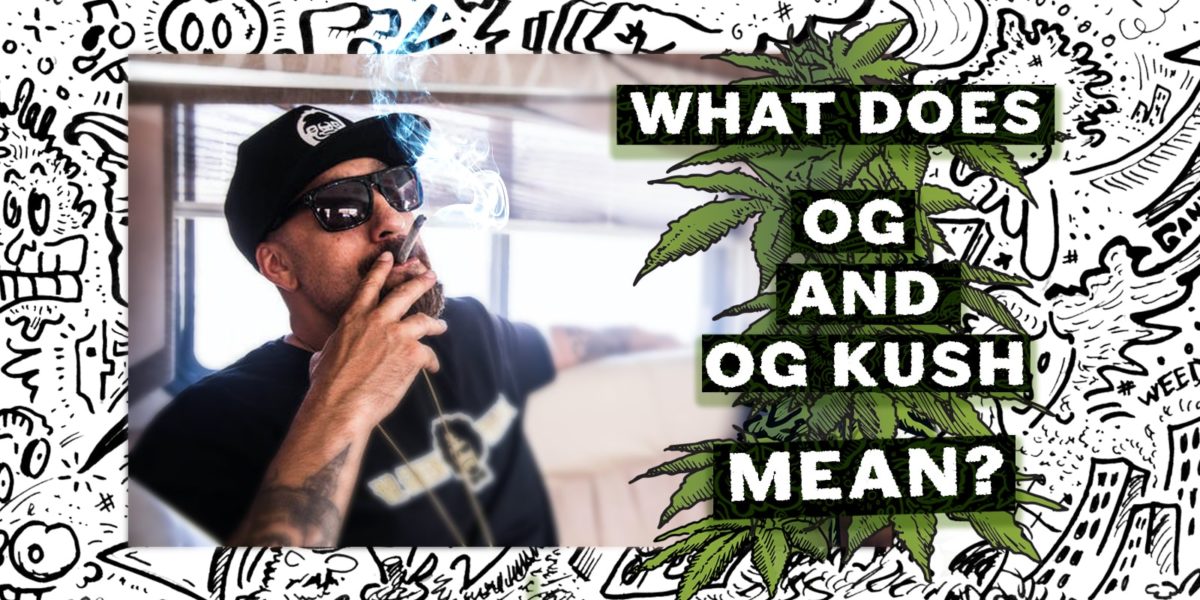 When it comes to indica strains, few genetics have gained the sort of fame and popularity that OG Kush has established. However, the story of OG kush couldn’t be more mysterious.

What does OG even mean? That is the question that many have unanswered despite the fact that the acronym is part of an already iconic name in the global cannabis scene – synonymous with the aroma of gasoline, pine and skunk, and one of the most sought-after varieties of marijuana for its high potency.

With its relatively unknown origins, it is unclear what the exact lineage of OG Kush is. It is rumored that it could start from the legendary Chemdawg (or “Chem”), specifically from a clone of a Chemdawg 91 that reached Lake Tahoe, California, in the early 1990s; and that OG Kush would be an ‘S1’ (1st generation descendant of a self-pollinated specimen) of that crop.

However, most of the current OG Kush varieties come from a cross of Chemdawg, Lemon Thai, and Pakistani Kush. Therefore, the origin of the name remains highly controversial, with multiple urban legends claiming the nickname “OG”. 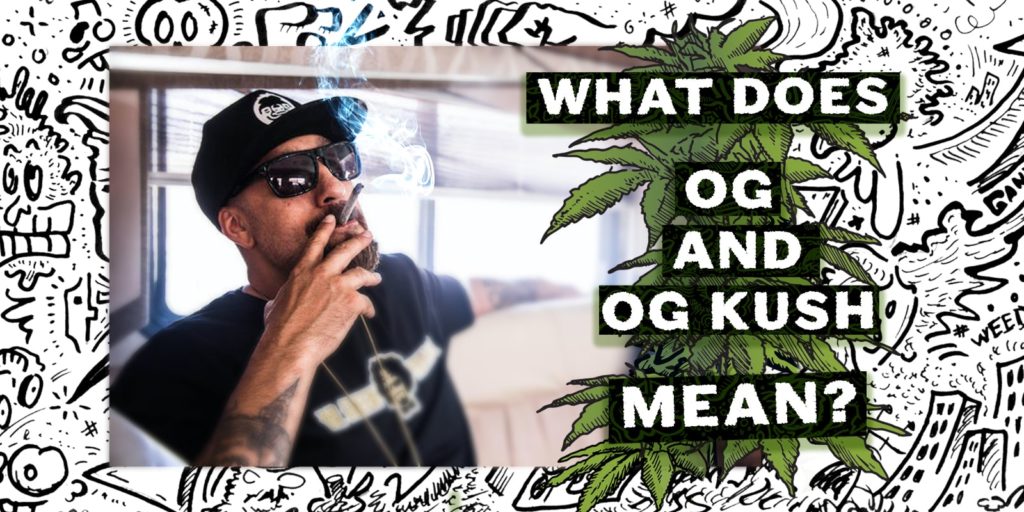 What does OG in OG kush, mean?

Like most stories about cannabis, the first rumor about the acronym OG takes us to California, in the early 1990s; specifically to Los Angeles, when a San Fernando Valley grower named Kush Dawg got his hands on the aforementioned Chemdawg variety.

This was shared with a fellow Sunset Beach grower who claimed that he had a male that could be the “secret ingredient” for perfect breeding. The male was a cross between Lemon Thai and Old World Paki Kush (possibly this is where the name ‘Kush’ comes from), and was the ideal match for Chemdawg.

The urban myth is that the original grower of the resulting hybrid one day had a chance encounter with another grower who bragged about having really good weed. After seeing and smelling his new friend’s marijuana, he immediately recognized it as the same one he was growing.

When the stranger told him that marijuana was so good because it was “grown in the mountains“, the expert grower politely corrected him, saying that it was actually “grown in the ocean”, due to the variety’s birthplace on the Pacific coast. 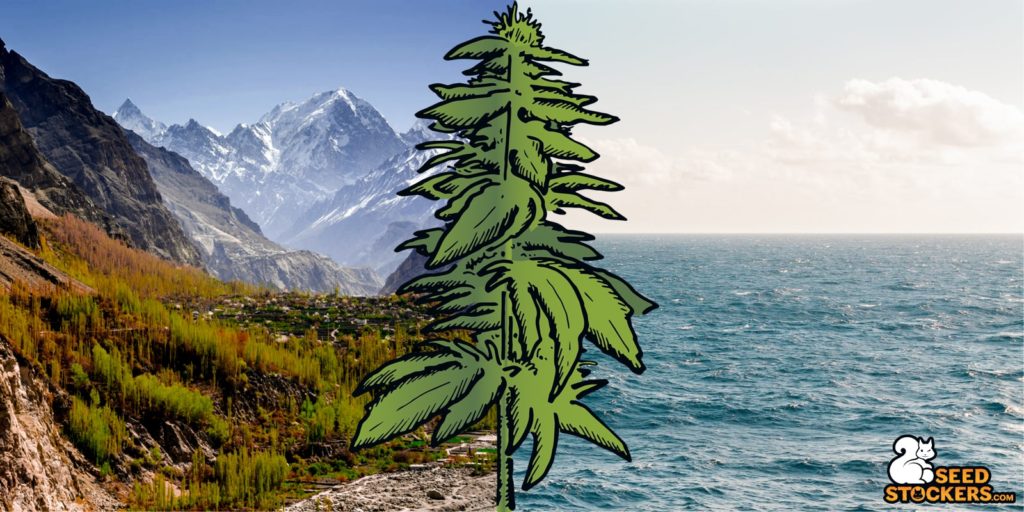 According to legend, that encounter (and the subsequent smoke session) led the mountain grower to change the name of his Kush after the correction. From that point on, the name ‘Ocean Grown Kush’ became popular and dwindled to OG Kush over time, spreading throughout the Emerald Triangle and Northern California.

Probably the origins of the Pakistani genetics in the mix come from some of the very first varieties from the Hindu Kush mountains that were brought over to the United States in the 1980’s.

For the next several years, breeders from California and also florida were sharing genetics and variations of these kush genetics that they were crossing with Thai and even south american sativa genetics.

The ‘92 OG kush (florida cut) is one of the most important genetics that came out of this time period of OG kush development. Biker gangs like Hell’s Angels were particularly useful, working as transporters of clones and seeds from one side of the country to the other. The fear and respect they demanded from law enforcement gave marijuana cultivators a very succesful strategy for ensuring the desimination and delivery of their genetics.

What are the different meanings of OG?

The term OG is also used as a term of respect for referring to an “original gangster” or old school gang member. The term became popular in the Los Angeles gang culture of the 80s and 90s, when West Coast rappers like Ice Cube, Snoop Dogg or Tupac Shakur began using the abbreviation OG in their songs, impregnating the acronym with the acronym in the American music scene.

However, this terminology of Original Gangster actually has earlier origins still, and the term was only popularized by the American Music Scene.

The etymology and history starts with the word “Original.” It meant “we’re the first” and was used by all members of Crips – one of the largest and most violent associations of street gangs in the United States – regardless of age. In 1974 the word “gangster” was added.

Original Ganster then has its earliest roots starting from the Original Gangster Crips (now known as Eight Tray Gangster Crips) comes from the Crips, one of the largest and most violent associations of street gangs in the United States. Originally, OG and Original Gangster were not used in vernacular speech, but instead were iconic to the graffiti and vandalism created by the Crips to mark their territories. 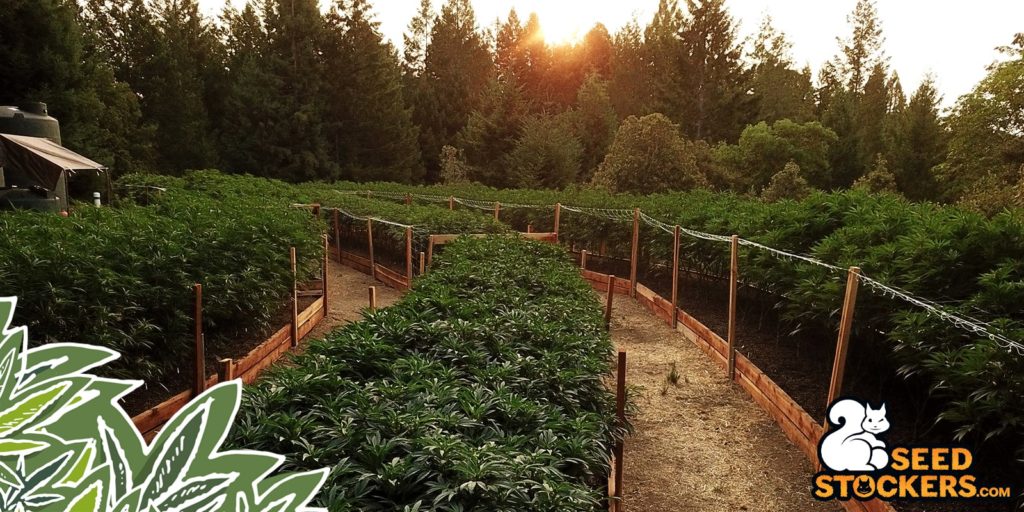 According to popular culture, it was the weed-obsessed rappers from the Cypress Hill group who discovered the San Fernando Valley-bred OG Kush strain at a concert and gave it the name OG specifically referencing that it was the “Original Gangsta” of Kush genetics: a herb that has so much respect that everyone wants to smoke it.

If we take another trip to the rumor mill, we also need to tour the United States border with Canada, where a now-defunct early 2000s website called OverGrown.com (the Canadian police shut it down for “illegally distributing seeds” ) is sometimes credited as the true inspiration for OG in OG kush.

Considering that the other two most popular legends about the meaning of OG date back to the early 90’s and or earlier, it’s hard to believe that the strain was ever named after a website, as OG variety selections have been around long before even the primitive days of the publicly available internet.

The Use of OG in OG Kush

In reality, at this point, those who saw the Netflix documentary “Murder Mountain” will be screaming that all the above theories are false.

The series looks at how marijuana was grown in the mountains of Northern California in the 1970s and how some growers smuggled Hindu Kush seeds from Pakistan. The resulting harvests, with very rich buds thanks to the terpene profile provided by the unique terroir of the Emerald Triangle, were called OG Kush to indicate that they had been cultivated by the original growers of the strain, so OG would mean in this case ‘Original Grower ‘.

Here we desmonstate one more theory which makes it clear how controversial the topic is.

Regardless of the story you decide to believe regarding the origin and significance of OG in OG Kush, there is no denying its legacy as a staple in today’s cannabis industry. In fact, it is so popular that it has been used to create some of the most famous modern hybrids.

From the original SFV OG (San Fernando Valley OG) and Larry OG phenotypes, to the more modern crosses that you can find in the Seedstockers catalog, such as Girl Scout Cookies or Runtz OG, there is a long list of OG hybrids that are highly sought after. 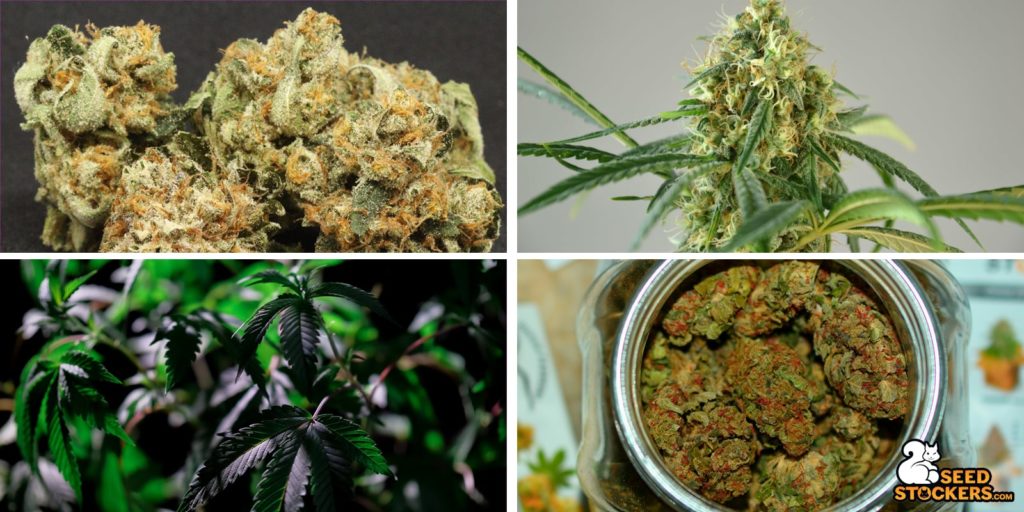 Without further ado, our OG Kush – which comes from the best Kush genetics from the west coast of the USA and which is marked by a very fresh citrus aroma has an earthy and floral flavor which will leave a very pleasant sensation in the mouth. Its accompanied by a very cerebral euphoric effect and deep relaxation, which is perfect for relieving muscle aches.

Finally remember that, in the end, the lack of a specific record means that there is no way to really know what the acronym OG means in OG Kush. But whether you are part of the ‘Ocean Grown’ team or the ‘Original Gangsta’ team, one thing is for sure: OG Kush is one of the best lineages of genetics you can find in the Seedstockers catalog.