Marching for the rights of cannabis users around the world!

We’ll be returning once again to demand the rights of both cannabis users and growers! After the fight for cannabis legalisation came to a standstill 2 years ago due to the pandemic, the cannabis march will return to Argentina on 7th May 2022, to the cry of ‘enough prisoners for cultivation’. This is important above all as a reaction to the renowned case of Luciano and Nicolas Ali Brouchoud, the two brothers imprisoned after a raid on their house discovered plants that were actually being used by both of them for medical purposes.

In Chile, using the motto ‘Cultiva tu derecho’ (‘Grow your right’), the Daya Foundation and its director Ana Maria Gazmuri are pushing towards cannabis legalisation in the country, and along with 80,000 people will go out into the streets of Santiago to demand their right to legal, non-criminal consumption.

The march in Spain 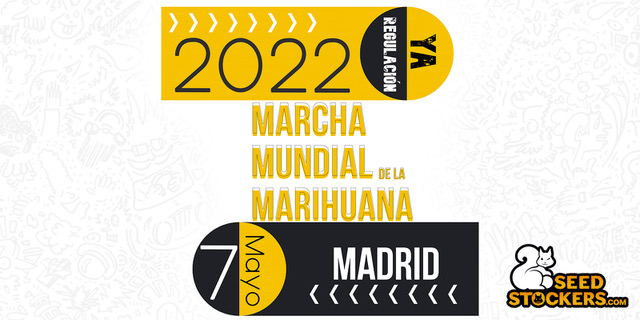 More countries will join the worldwide march of marijuana (Peru, Colombia, Brazil, Mexico, Spain, etc.) despite having already celebrated the Day of Marijuana on 20th April. So on the 7th May we’ll invade the streets once again, starting at Madrid’s ‘Puerta del Sol’ at 18:00.

We’ll take this opportunity to remember a very special person in the Spanish cannabis movement, who sadly died in the past month at the age of 79: known as the ‘abuela marihuana’ (‘marijuana grandmother’), Fernanda de la Figuera was a fighter and activist and the president of the only state party created to achieve the legalisation of cannabis in Spain.

We’ll also remember another person whose work has had a significant relevance in the sector: ‘Dr Cannabis’, better known as Dr. Joan Pares, who helped many patients with medical cannabis.

The march has been organised by Amec, ConFac, Marihuana en marcha, Cannamed, GIC, Encod, REMA, and OECCC, among many other people and organisations. A form has been published on ConFac’s website to support this event, so we strongly encourage you to take part so we can finally get closer to legalisation in Spain.

What do we ask for? The manifesto calls for several points of social and economic interest, which include the withdrawal of all cannabis-related violations under the current ‘Law on Public Safety’, and the end of penalisations for users and growers.

It calls for the end of the repressive campaign in Spain against cannabis social clubs, textile hemp crops, seed banks, grow shops, and stores and producers of CBD and hemp.

It calls for a cannabis law which is transversal and inclusive, which doesn’t omit or discriminate against any collective because of the use of a plant; a law which recognises not only the recreational but also the pharmacological use, and which acknowledges all the uses that this plant gives us, either in the food or the cosmetics sector.

This law should contemplate possession on the street, self-cultivation, collective and cooperative cultivation (following the model of the cannabis social clubs), licensed production and sales (1967 model law!), the possibility for patients to follow herbal or derivative therapies through public channels such as health insurance companies or the social security system (Italian model), or by private initiatives. These are the strongest points proposed by the M4 platform. 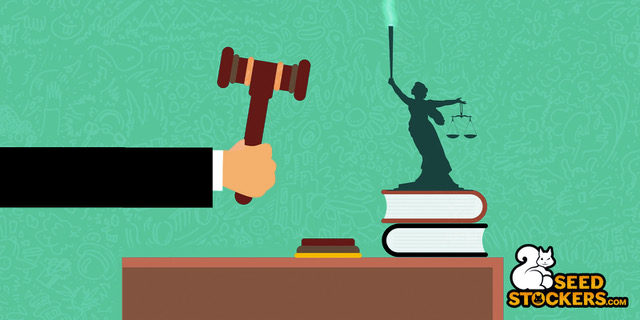 On 7th May, Madrid will turn green with the motto #LeyCannabisYA (#CannabisLawNOW), asking once again, and for yet another year, for the cannabis situation in Spain to finally be regulated. Organisers say they won’t stop until they achieve it… We support them and encourage you all to join the movement that will take to the streets on the first weekend of May.

In 2021, 3 cannabis regularisation bills were proposed in the Congress of Deputies, with each one being presented by a different parliamentary group. We understand that there is interest in dealing with this issue and we hope a balance can be found soon. We cannot wait any longer!

Forecast for the cannabis sector

According to Forbes, 2022 may be a very interesting year for cannabis. Cannabis is portrayed as a fashion item in the textile world, having the support of big brands and celebrities. And we’ve already seen adverts for hemp-based products from famous cosmetics brands on TV and in the streets. In addition, both Germany and Mexico are considering cannabis regularisation laws, which could lead to a domino-style effect in other European and Latin American countries.

In Europe we have the example of Portugal, a country with several licensed companies that produce cannabis for medical purposes. In Spain, we are a little behind our neighbour, but we actually have more companies focused on the research of the plant. In Italy, production is in the hands of the Ministry of Defence, with very few permits focused on research. Products are supplied by pharmacies, and they can only be obtained with a medical prescription.

Last year Malta was a pioneer in regularising cannabis for recreational purposes, for both personal use and shared use, and so, in one fell swoop, this gave cannabis users the possibility to consume freely at home or in premises like social clubs.

The world marijuana march is nearly here… At 18:00 on 7th May, at ‘Puerta del Sol’ in Madrid, we will once again demonstrate our rights and our need to be able to use the plant or its derivatives freely… So join the march, help write history!