Is Weed Legal in Spain? 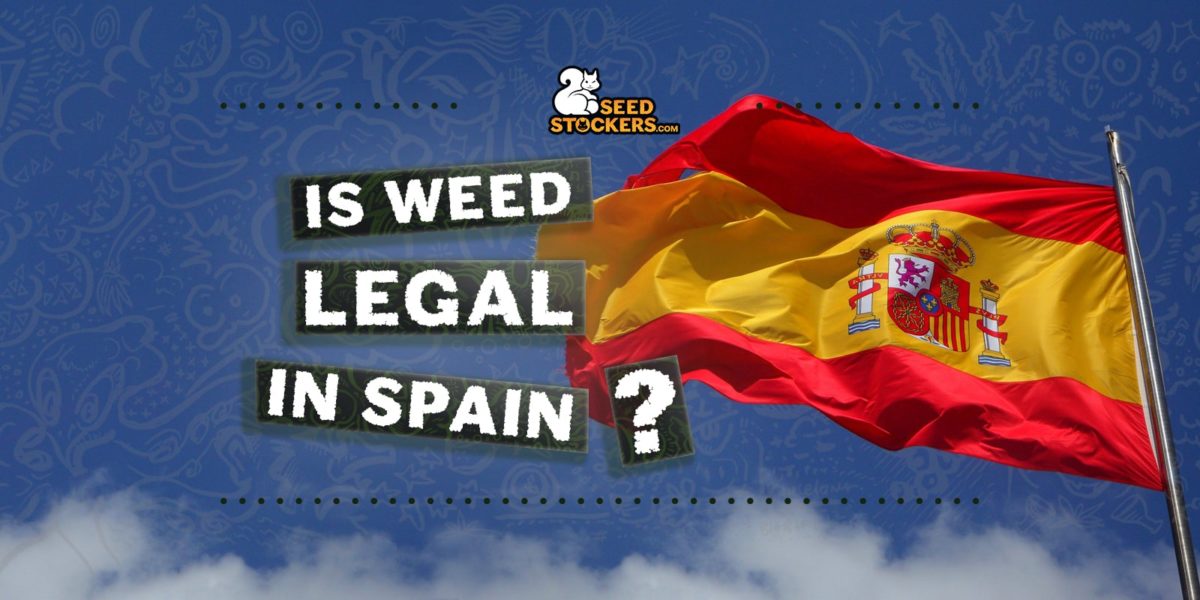 Despite the fact that the cannabis culture is very widespread in Spain, many consumers, as well as the people who visit, have a rather diverse and confused idea about the real legal status of marijuana in Spain.

Are cannabis clubs ‘coffee shops’? Can you smoke on the street? How many plants can be grown? In short, is weed legal in Spain? 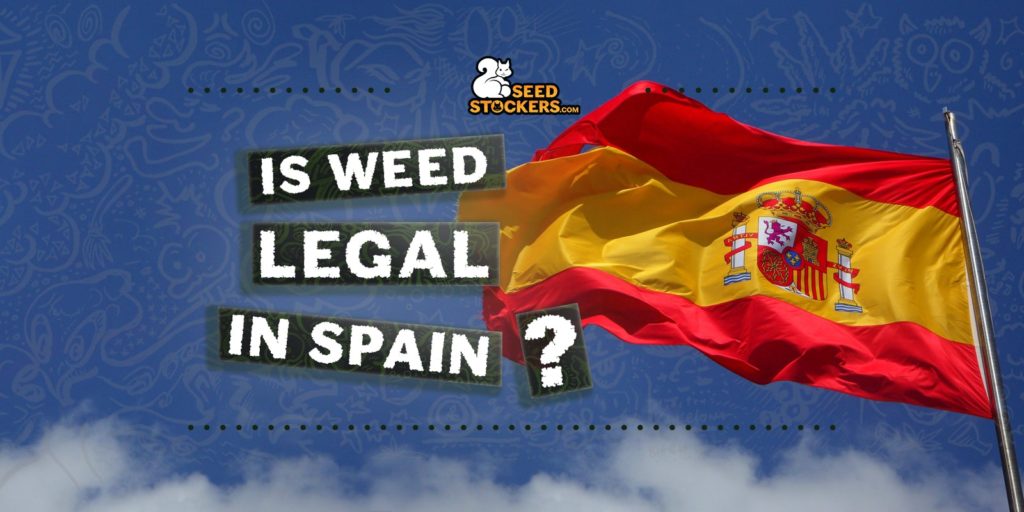 Given the multifaceted situation of marijuana regulation in Spain, there are many legal contradictions that only increase the doubts of users.

Laws regarding Cannabis in Spain

On a general level, the purchase, sale, possession and consumption of cannabis in public places is prohibited. However, the legislation is particularly tolerant of the private space of citizens.

People are also allowed to join various interest groups for cannabis use. Despite the lack of laws that directly allow the consumption of marijuana, there are situations in which its use becomes legal.

Spain is divided into different autonomous communities that can adopt different laws. For example, the laws of Catalonia regarding cannabis are different from those of most communities. In fact, in 2017, the Catalan government legalized the consumption, cultivation and distribution of cannabis for members of authorized clubs. 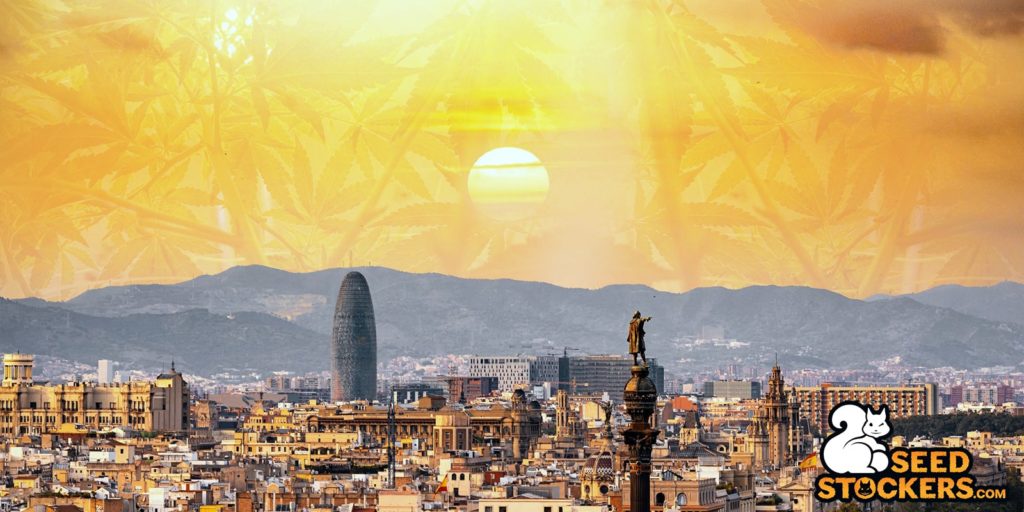 Therefore, in cities like Barcelona you can become a member of a cannabis club (it is not exactly the same as a ‘coffee shop’) and it is possible consume marijuana in that place – however despite the fact that it is deemed, not illegal – neither is it exactly legal.

In Spain there is no specific law that regulates the production or consumption of CBD, so the substance is subject to the interpretation of international conventions. Being a substance that is not controlled, cannabis with CBD is legal in Spain as long as it does not contain more than 0.2% THC.

However, CBD has not yet been registered as a food supplement in the list of the Spanish Agency for Medicines and Health Products (AEMPS) that establishes the products allowed for human consumption, so it is illegal to sell it for this purpose.

It can be used and sold legally as a cosmetic product “for external use only”, a necessary labelling requirement for a CBD product to be legally registered and sold in Spain.

However, thanks to the European Union’s free trade regulation, CBD-rich products intended for human consumption can be marketed as long as they are imported from an EU country where their use as food is authorized and their sale is legal.

In 2015, a change in the Law for the Protection of Citizen Security (in Spanish) decriminalized the cultivation of cannabis in private places, as long as it is out of public view and is intended for own or shared consumption. Smoking cannabis in a closed private space was also decriminalized.

The question often arises of how much marijuana can be grown at home. Currently no law specifies the exact number of plants that you can grow for personal use for self-consumption, but if the police surprise you and you have a significant number then you could be charged with drug trafficking.

The lack of regulation in relation to the number of plants that can be grown, together with the law that allowed ‘self-consumption’ in private places, has led to the rise of Spanish cannabis social clubs, where marijuana is produced collectively and It is distributed to members for their personal use.

This said, cannabis functional works much like Amsterdam where the cannabis sold in social clubs is produced in illegal facilities which are at just as much risk as any other illegal cultivation.

Purchase and Sale of Cannabis in Spain

According to Spanish law, selling and importing any amount of cannabis is illegal and constitutes a drug trafficking crime punishable by imprisonment that can range from 1 to 3 years, but with penalties that are determined depending on the nature of the crime.

In addition, acquiring, carrying or consuming marijuana, as well as hashish and the like, in public places is a crime, but less severe. In this case, the sanction will be a fine from € 601 to € 30,000 and the confiscation of the substance.

Although the public consumption of marijuana in Spain is technically illegal, buying and consuming in a Spanish cannabis club is an exception, in a context of theoretical impunity that results from applying a shared cultivation doctrine.

There are currently about a thousand cannabis clubs in Spain, although it is difficult to determine their exact number. Several criteria have been defined that these clubs must meet in order not to fall under the laws related to drug trafficking. 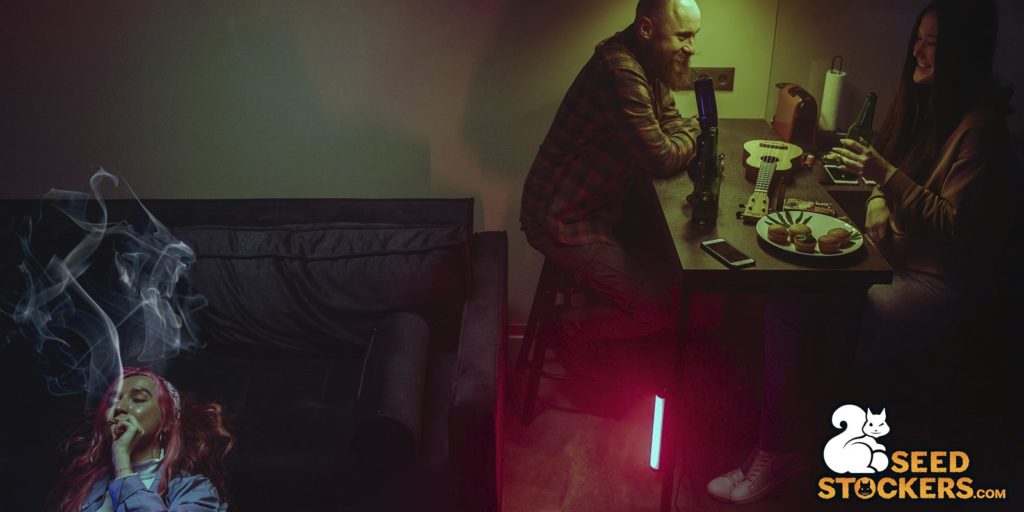 In fact, the Spanish Supreme Court establishes in its jurisprudence that any “organized, institutionalized and persistent cultivation and distribution of cannabis between an association open to new members is considered drug trafficking”, which has allowed the initiation (and continuing) of criminal proceedings against different cannabis clubs, although the vast majority of them result in acquittals or suspension of the process.

How does a cannabis club work

These are consumer associations where marijuana is theoretically grown collectively and then distributed to members. Members must pay a fee, which is used for the maintenance of the club and the cultivation, in exchange for a place to obtain and smoke cannabis.

They are usually located in very diverse spaces and follow strict regulations so as not to run into the Penal Code, such as that they must be registered in the regional list of associations, they must strive to reduce the harm associated with cannabis use and, most importantly, they have to operate non-profit.

This last requirement is one which is not well regulated, and it is very clear that functionally, many of the associations operate with a large profit. The lack of regulatory practices in this industry allows for a lot of grey area business.

Control by the administrations means that cannabis clubs have to apply severe restrictions on their operation, such as: 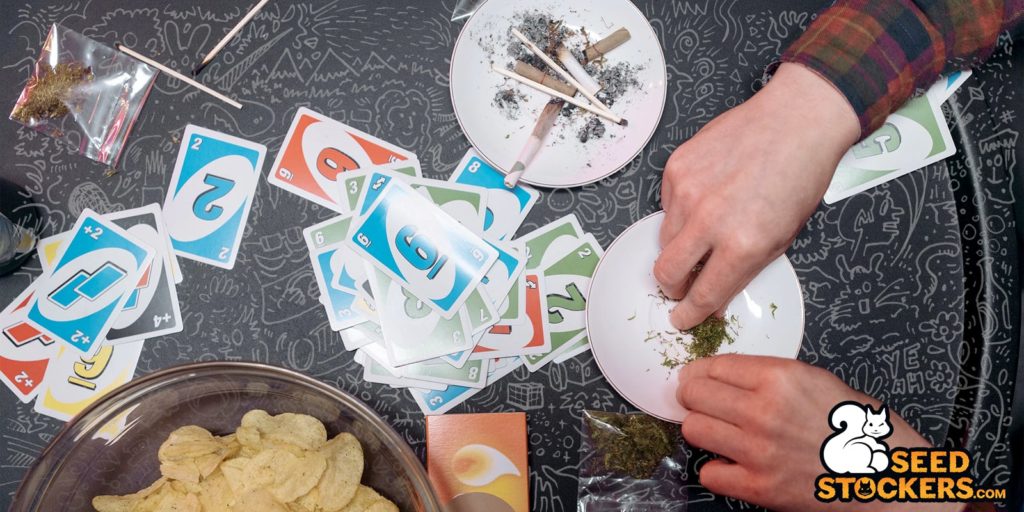 How to join a cannabis club

You can enter a club of this type only as a registered member. Membership is normally only granted with an invitation provided by another member of the association, which can guarantee that the candidate is a marijuana user.

The registration procedure is quite simple and it is enough to fill out an application form, which establishes, among other aspects, the amount of marijuana you consume approximately per month. Only after that, you will receive the membership card that you will have to present when entering the club. Remember that you theoretically must also have a NIE or DNI in order to join a cannabis club.

Are there plans to legalize recreational marijuana in Spain?

In Spain there is no legal distinction between marijuana for recreational use and for medicinal use and neither the current Prime Minister, Pedro Sánchez, nor any of his predecessors have shown the least inclination to regulate cannabis. For this reason, political work has focused on the autonomies, where various regulatory processes are underway.

Thus, the attitude towards cannabis clubs, the legalization of marijuana and decriminalization vary between the autonomous communities. Additionally, they must work within the framework of existing regulations that are ambiguous, unclear and open to various interpretations. 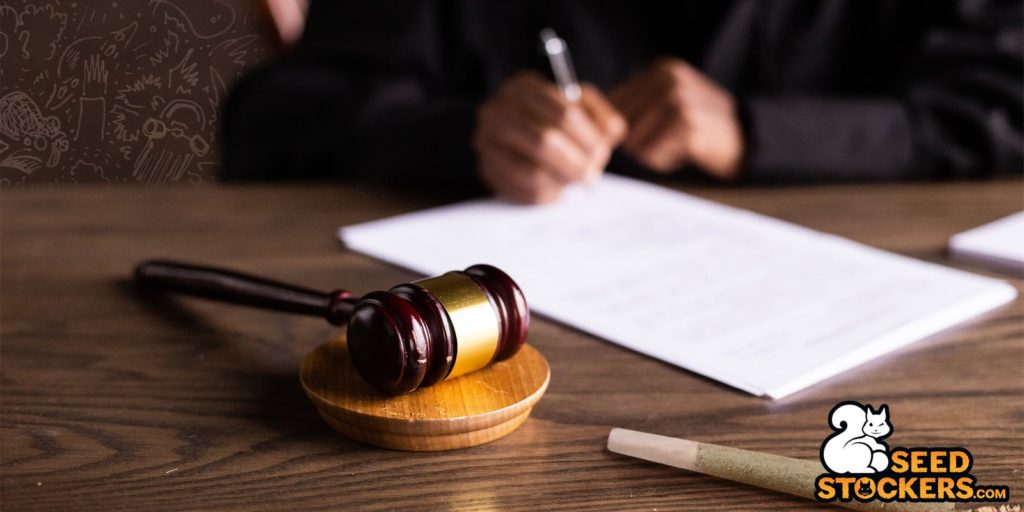 Spain is a progressive country in the decriminalization of the consumption or personal cultivation of cannabis, and it seems likely that the legalization of marijuana will happen in the near future, especially since many other EU countries have already taken the step.

However, unlike other nations, the current cannabis situation in Spain is not the result of any specific legislative initiative, but of constant trial and error of the limits of existing legislation, which still causes many problems for marijuana users (in Spanish).