Indoor cannabis growers have earned a reputation for not being as green as the plants that they grow. The reason for this is the high amount of water and energy that’s required for this type of crop, which can be incredibly harmful for the environment. However, growers are now becoming more aware of this. Taking measures to use less electricity is a fantastic way of reducing the carbon footprint, but it’s certainly not the only way. 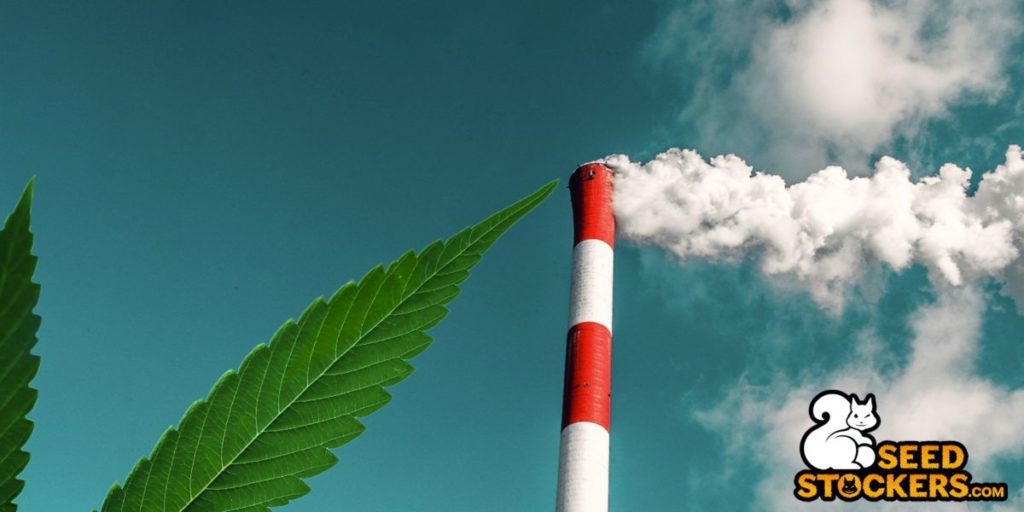 Achieving carbon neutrality is one of the most critical challenges faced by humanity in the 21st century. It is already clear that a failure to stem the tide of carbon emissions will have dire consequences for all life on Earth. In November 2016, the Paris Agreement signified an important commitment by the European Union to address this extremely concerning issue.

When most of us think of the main sustainability issues that the world faces today, fossil fuels, deforestation, and intensive livestock farming are usually among the first concerns that come to mind. However, we may be overlooking some industries whose practices are harmful to the environment, but which are often shrouded in a cloud of smoke and therefore less visible. One of these is the cannabis industry.

Cannabis advocates often argue that marijuana is simply a plant that grows ‘naturally’, so one could be forgiven for imagining that this industry would be among those with the lowest carbon emissions. However, the reality is that the carbon footprint of indoor marijuana is exceptionally high. As cannabis becomes legal in more parts of the world and the demand for it increases, an unwanted result has been a rapid increase in the carbon footprint of this type of crop.

The carbon footprint of cannabis cultivation

A new study, published in the journal Nature Sustainability in March 2021, was the first of its kind to attempt to quantify greenhouse gas emissions produced by indoor cannabis cultivation in North America. The study estimated that the emissions associated with the indoor cultivation of 1 ounce of cannabis (around 30 grams) was almost the same as burning between 7 and 16 gallons of gasoline (i.e. 30 to 70 litres), depending on the area of cultivation. On average, the energy required to grow a single gram of cannabis in an indoor facility produces almost as many greenhouse gases as driving a car for 15 km. This calculation suggests that indoor grows have a significant responsibility for the amount of carbon emissions.

The study, conducted by researchers at Colorado State University, showed that the greenhouse gas emissions produced by the marijuana industry in Colorado greatly exceed those of the state’s coal mining industry (i.e. 2.6 megatons vs. 1.8 megatons of carbon dioxide respectively).

Producers from hard and cold regions like Colorado or the Midwest states need to spend much more electricity than producers from warmer coastal climates (like California or Washington state) to be able to optimise the temperature and humidity levels of the indoor environment. This suggests that the best places to grow marijuana outdoors (regions with warmer climates) are also the best places to grow indoors because less electricity is required to maintain the crops.

According to the study, the marijuana grown indoors in the south of California produces the lowest emissions because the state benefits from its warm climate and an electricity network that uses renewable energy sources. In contrast, the region that produces the highest emissions is East O’ahu, in Hawaii.

These emissions are due to the large amount of electricity needed for the lighting and heating that are required to keep the plants happy. Lighting is the biggest culprit as it accounts for 33% of all the energy used in cannabis production. This is followed by ventilation and dehumidifiers at 27%, and then air conditioning at 19%.

The study also claims that many producers even inject carbon dioxide to help accelerate growth (because plants use CO2 for photosynthesis). The added CO2 represents 11-15% of the greenhouse gas emissions of the whole grow facilities.

However, these figures may actually be underestimated because they don’t take into consideration emissions from either processing or storage. 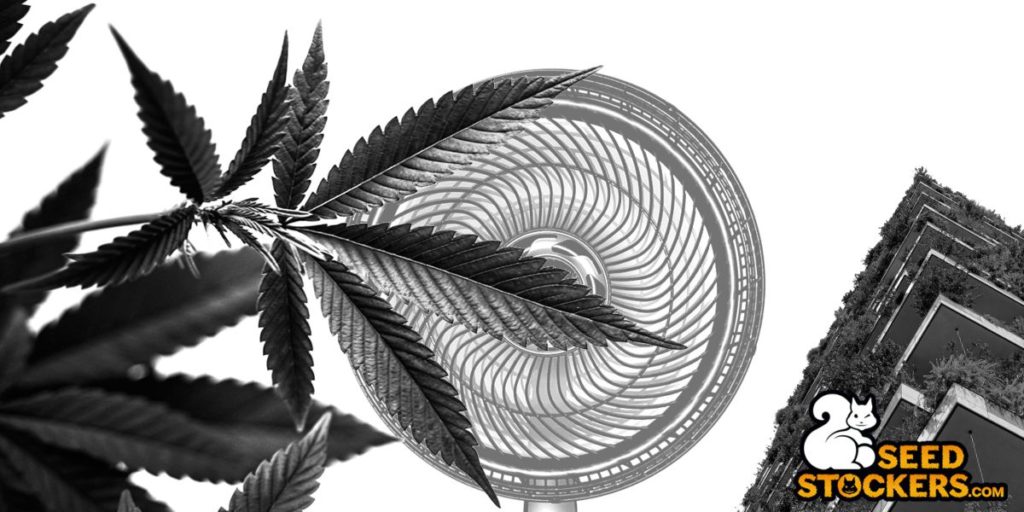 How to reduce the carbon footprint of indoor grows

But the sad reality is that growers will continue producing their weed indoors because they get the highest yield per square metre and have greater control over the growth conditions. It is also much more difficult to control an open-air grow that everyone can see, as in many parts of the world marijuana is still illegal.

So, for the moment, all there’s left to do is to try and act on the factors that most influence the carbon footprint in indoor growing.

Reduction of electricity use

Achieving the lowest possible carbon footprint comes down to how ‘clean’ your electricity source is. In other words, what percentage of your energy supply comes from renewable sources (solar, wind, hydroelectric) as compared to how much of it comes from ‘dirty’, non-renewable sources (coal, gas, oil, nuclear).

Without access to the sun, indoor plants require grow lamps that consume a lot of energy. Plants need about 18 hours of light during the vegetative period, and 12 hours when they flower, so the electricity needed indoors quickly adds up.

There’s no reason why growers shouldn’t use LED lighting instead of the HPS equivalent. Firstly, LED lamps provide a better overall light spectrum when compared to its rivals. Secondly, LEDs don’t emit excess heat, so you can bring your plants closer together. Thirdly, they don’t increase the temperature in the grow tent as much and so, as a result, your air conditioning system doesn’t need to be activated as often.

LED lighting is also about 60% more efficient than other lighting systems. Did you know that the initial cost per photon of HID lights is at least five times higher than that of LED lights? 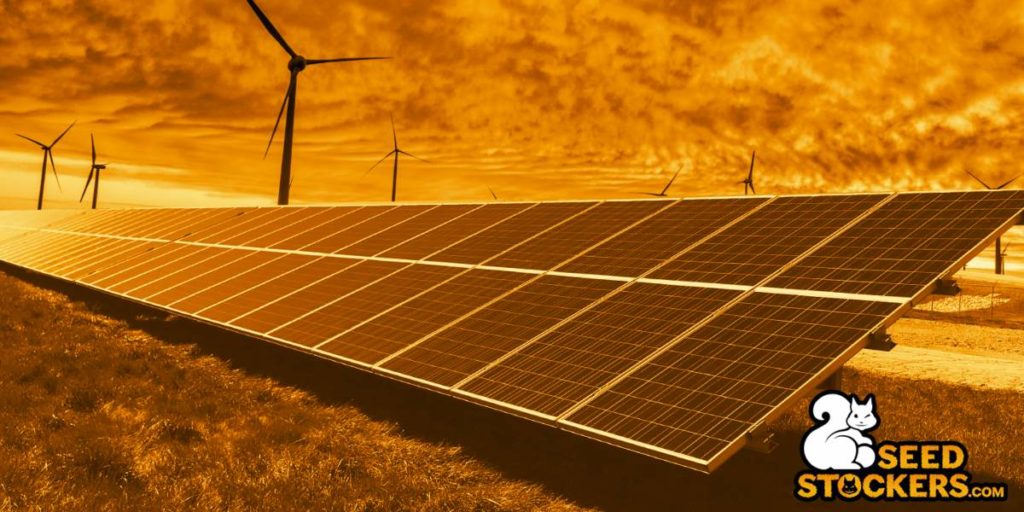 The cannabis plant is a very thirsty species. You can use autoflowering strains and reduce the overall growth time to less than ten weeks to save water. There are also techniques like reverse osmosis that can help you recycle and reuse the water. Collecting rainwater is also a great way of saving water.

In addition, some hydroponic systems have been developed with sensors that adjust the nutrient needs of each plant, as the most obvious way to reduce water use is to ensure that each plant gets just the amount that it needs on a daily basis. Then, a system is used to trap the excess drained water, which returns to the water tank after being treated to remove impurities so that it can be used again in the next water cycle.

The main disadvantage of these technologies is that they require additional investment and maintenance.

For every company or individual growing cannabis, it is imperative to produce high yields with low costs. One of the best ways to achieve this is by making the most of the space. While there’s no doubt that the traditional horizontal cultivation method is here to stay for many years to come, there is also great potential for vertical cannabis cultivation.

This technique consists of stacking plants on shelves upwards. After all, if you have a 5-metre-high space, why not use it? Vertical growing isn’t perfect and presents several problems (such as high installation costs and safety issues), but it also provides several benefits:

So far, these tips have been aimed at potentially reducing the amount of lighting. This has also led to a reduction in the grow room temperature, which means that less air conditioning is required. Let’s now talk about other key factors that influence the carbon footprint in indoor growing: the ventilation and dehumidification systems.

A good ventilation system which also includes air extraction and intraction is one of the basic pillars of indoor cultivation. In addition to renewing the CO2 used by the plants, this system takes out the heat that is generated mainly by the lamps.

A simple way to avoid adding the heat produced by the lamps to the natural daytime heat is to match the light photoperiod with the night-time outside. This way you avoid an accumulation of these high temperatures, and you won’t need to activate the extraction system as often.

There’s a considerable number of growers who don’t realise that traditional dehumidifiers also release additional heat. As a result, there’s even more need for air conditioning, which translates into a higher use of energy. To prevent this, you should look for a dehumidifier that doesn’t release any heat. The best models can reduce energy use by up to 65%!

You can also significantly reduce emissions with a greenhouse and a little help from Mother Nature. Modern technologies and greenhouse materials provide greater control over the environment while minimising the carbon footprint. For instance, one way to save energy is by using infrared polyethylene covers, which absorb and retain infrared energy. The result is a higher night temperature in the greenhouse. 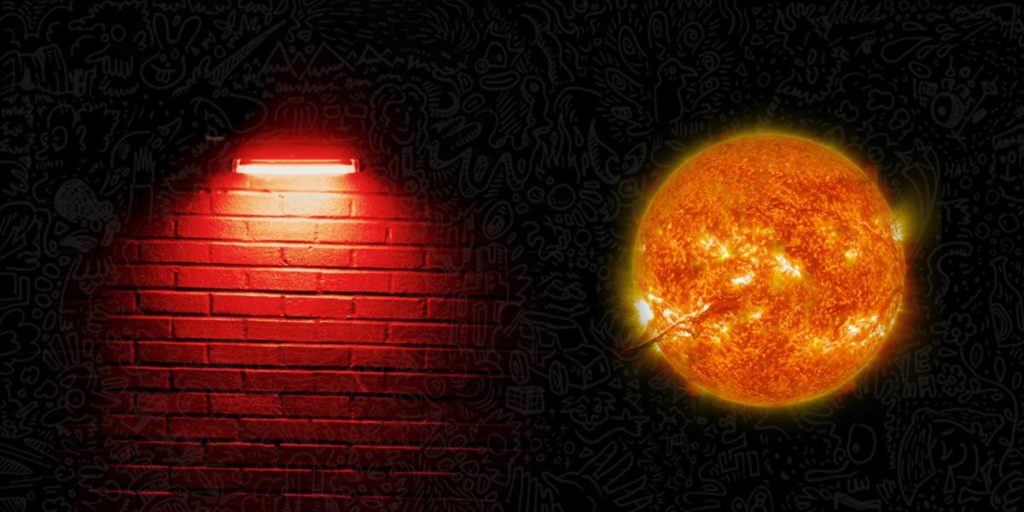 It seems unlikely that the marijuana industry will ever reach a carbon-neutral status. In recent years, the demand for cannabis has increased exponentially, and it doesn’t seem like it’ll be changing its course any time soon. Therefore, as more states legalise the plant, there may come a time when the US government will finally lift the ban. If this happens, we expect dozens of countries to follow suit.

At that point, the industry will become so massive that carbon-neutral cannabis will surely become impossible, unless there’s a way to rely almost entirely on renewable energy. There’s also that little black market thing… We don’t expect illegal growers to follow the best practices for the health of the environment.

What the legal industry can do is get as close as possible to net zero, which may be attainable by using various technologies to help reduce the overall energy use. New cultivation techniques can also make much better use of the available space. So all in all, whilst the marijuana industry may never see carbon neutrality, it should start working now to try to become one of the lowest emitters of CO2.