Growing cannabis for beginners, how to choose the best strain 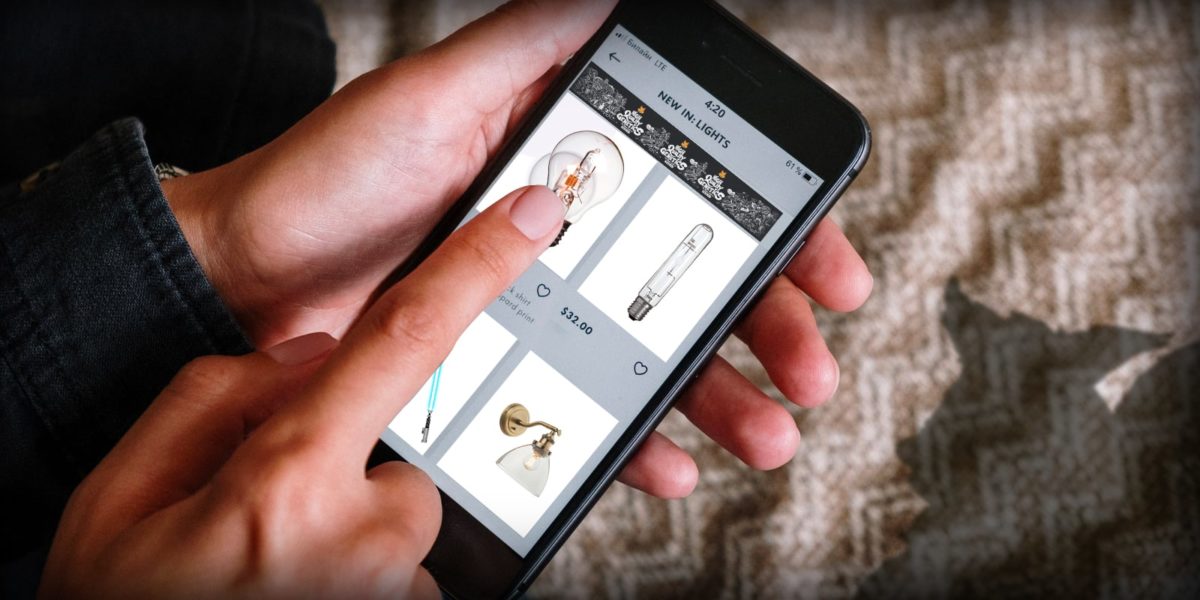 How to choose the best indoor grow lights for cannabis

In this guide we’ll discuss some of the most common lighting equipment used for cultivating cannabis while taking a look at the benefits and drawbacks of each one. 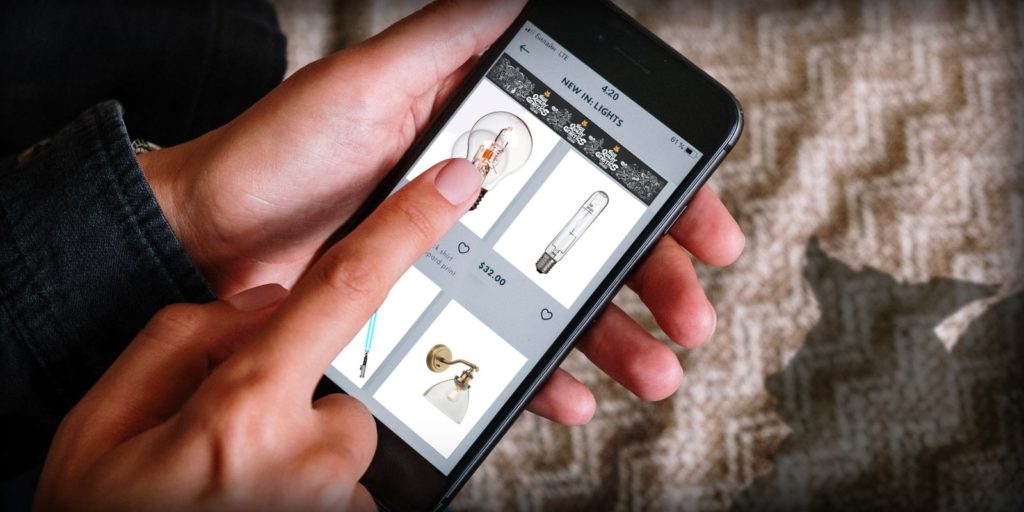 HPS lighting fixtures have been the standard in commercial cultivation of cannabis for a few decades. HPS bulbs tend to emit light which is heavy on the red side of the spectrum and produce high intensity lighting, which is perfect for the flowering phase and production of robust buds.

While in the past 1000 watt HPS bulbs were the standard, savvy growers these days have learned that they can produce more and do so more efficiently by using two 600 watt bulbs instead of a single 1000 watt bulb. In large part this is because of the amount of heat energy HPS bulbs create. The 1000 watt version is less efficient in converting electricity to usable light energy instead of heat energy, compared to its 600 watt sibling.

The biggest drawback to HPS lighting systems, is that they almost always require the use of air conditioning equipment in order to manage temperatures inside of your garden. 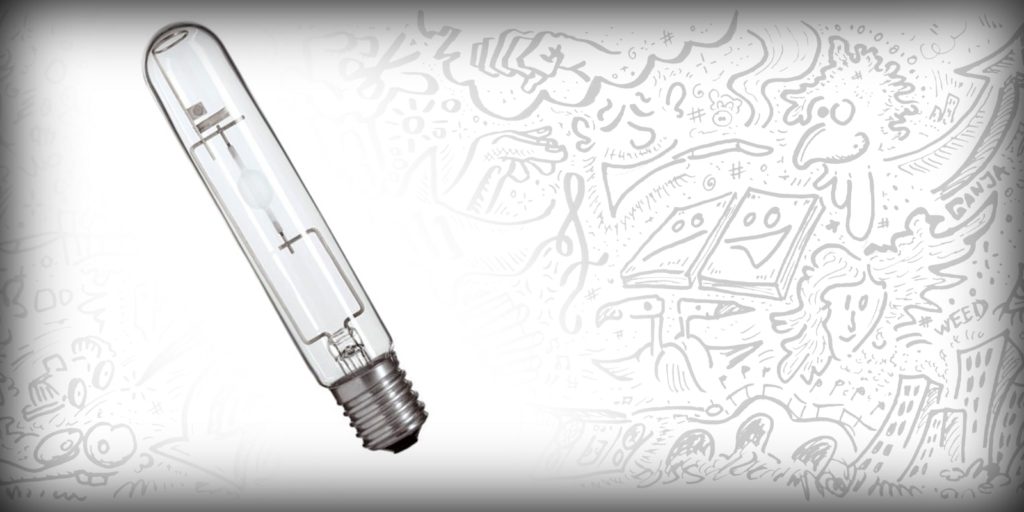 MH lighting fixtures have also traditionally been a standard for cultivation, however they are more commonly used during the vegetative phase of growth rather than during flowering. Metal Halide bulbs tend to produce more light in the blue range of the light spectrum, and less in the red, as compared to HPS bulbs. This is beneficial during the vegetative phase by increasing node sites while also decreasing inter-nodal stretching. MH bulbs do not produce the same amount of total light intensity that HPS bulbs do, and this is another reason why they are not usually used in the flowering phase of the plants life.

This being said, many cultivators have learned to use combinations of MH bulbs and HPS bulbs in the same space in their garden. There is evidence that suggestions that increased presence of blue lighting during flowering phase is beneficial to cannabinoid, terpene and terpenoid production.

Franco Casalone, famed Italian guru of cannabis, has shared with us his experience using MH and HPS bulbs side by side during flowering. According to Franco, he tends to see the same genetics mature quicker under HPS, but that this increase in maturation also creates a high demand for magnesium in the plants.

Like HPS systems, MH light systems tend to produce a lot of heat, and for this reason may require air conditioning equipment in order to maintain proper temperatures within your grow. 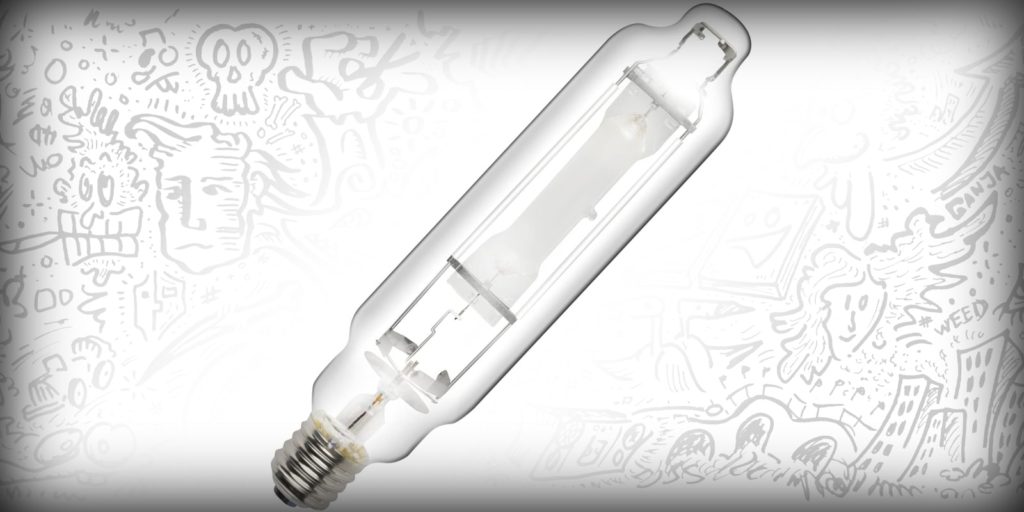 Ceramic Metal Halide systems are a newer type of MH lighting system, which is being used quite a lot in commercial agriculture of all kinds, not just cannabis. CMH lighting systems have a potential to create monster yields per watt of electricity consumed. They also have an amazing light spectrum which is very complete. CMH bulbs are available with two different spectrums – one specialized for the flowering phase and the other specialized for the vegetative phase, although many people have had great success using the flowering spectrum bulb for both phases. There is evidence to suggest that the spectrum created by CMH bulbs as well as the UV light that they produce, increases cannabinoid, terpene and terpenoid content significantly compared to HPS lighting.

CMH lighting fixtures create significantly less heat than HPS and MH systems, however they still produce quite a bit of heat and its usually necessary to have some sort of air conditioning system to control temperatures. 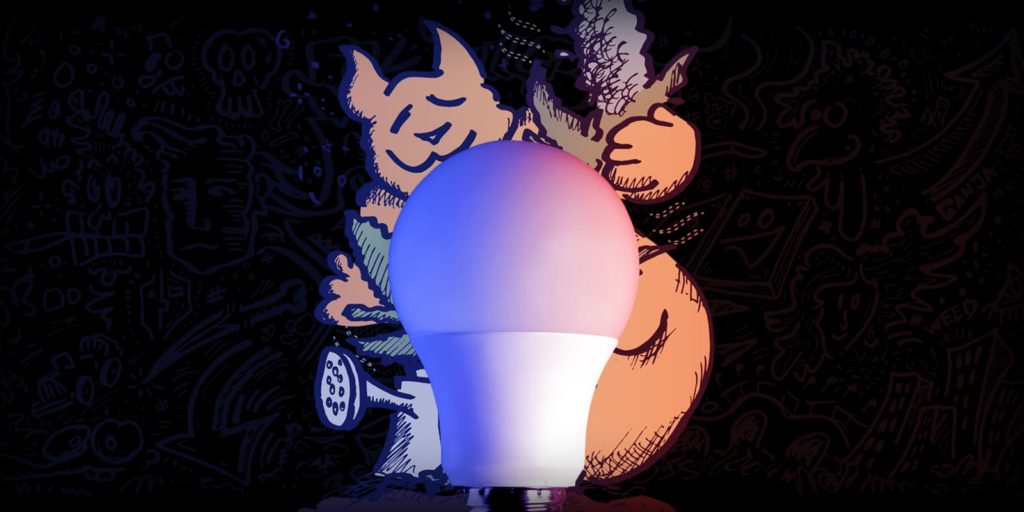 LED lighting systems are often discussed as the future of cannabis cultivation, and this is probably true. The extreme efficiency that LED lighting fixtures offer will help the cannabis industry to become more sustainable and already has. LED lighting typically consumes significantly less electricity per hour than HPS, MH, or CMH lighting systems for a comparable amount of light.

LED systems have an extra benefit of having a light spectrum which is easily customized. In many LED lighting systems, different diodes are available depending on the phase of growth the lights are intended to be used for. In fact, some LED lighting systems are so advanced and have so many bells and whistles that you can use an app on your phone to change the spectrum of light produced with the touch of a button!

Because LED lights produce so much less heat that HPS, MH, or CMH lighting systems, many growers are able to get away with not using air conditioning equipment to control temperatures – at least during the colder months of the year. On the other hand, don’t forget that adequate ventilation is still very important for the health of your plants.

The biggest drawback related to LED lighting systems, is the initial cost of most systems. There are a lot of LED fixtures on the market and they are absolutely not all made the same. Most of the LED lighting systems which are fit to produce of the best cannabis are expensive to purchase, at least more so than HPS, MH, or CMH fixtures. Put simply, LED lighting has the potential for much lower operating costs, but requires a much higher initial investment. 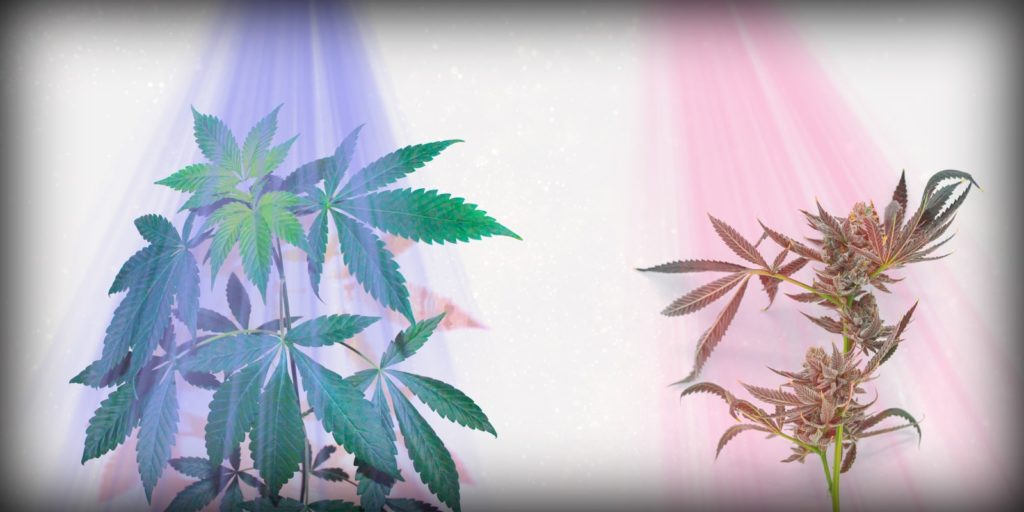 CFL fixtures are some of the cheapest lighting fixtures available. For the most part, they do not produce a ton of heat energy compared to the amount of light they produce – however they also don’t produce very intense light to begin with. CFL lighting fixtures come as long sticks as bulbs, or some times as round bulbs as you might see in your lamp next to your desk.

CFL lighting systems are a great option for mother plants and for clones, neither of which have the same lighting intensity needs that flowering or vegetating cannabis has.

This is not to say that you cannot vegetate or flower cannabis with these bulbs! It is absolutely possible to see a plant to maturity using CFL’s, however the yield and potency will not reach the same levels that other lighting systems allow your plants to reach.

Because of their low heat production, CFL’s often do not have a need for air conditioning equipment in order to stabilize temperatures, however clones and mothers like all cannabis plants still need adequate ventilation for healthy growth. 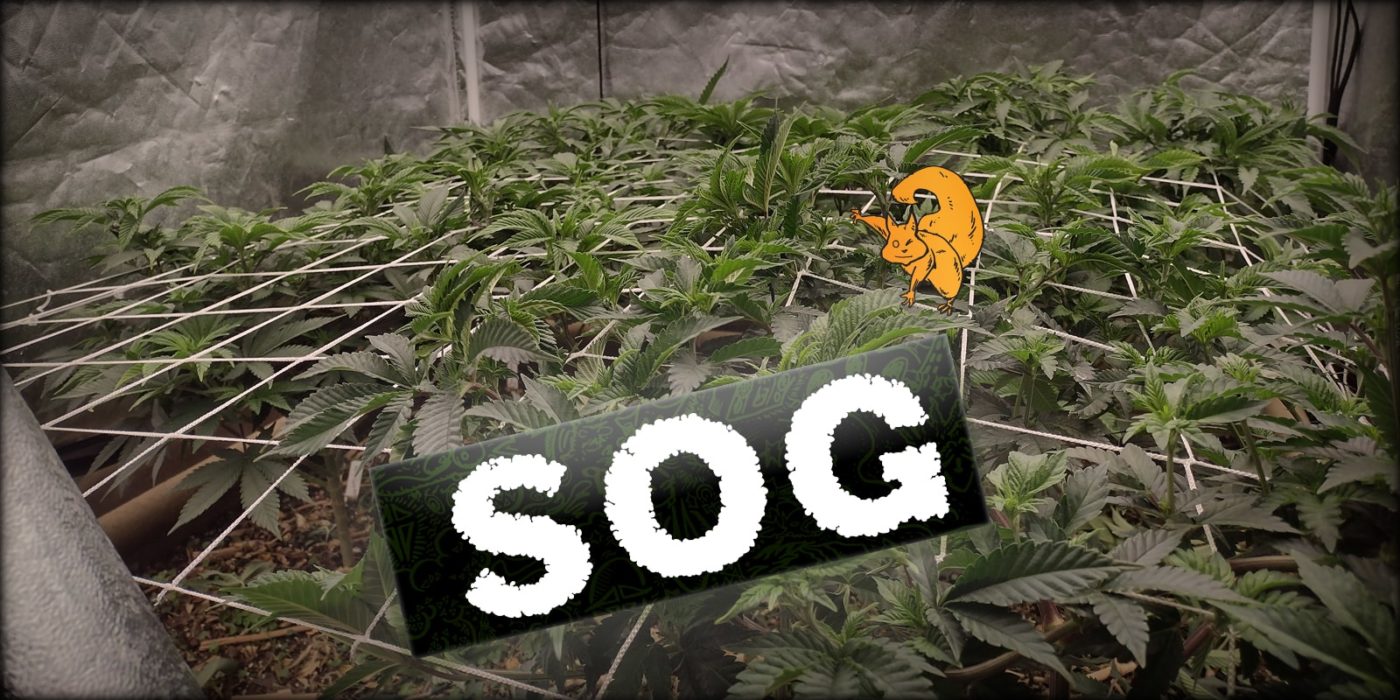 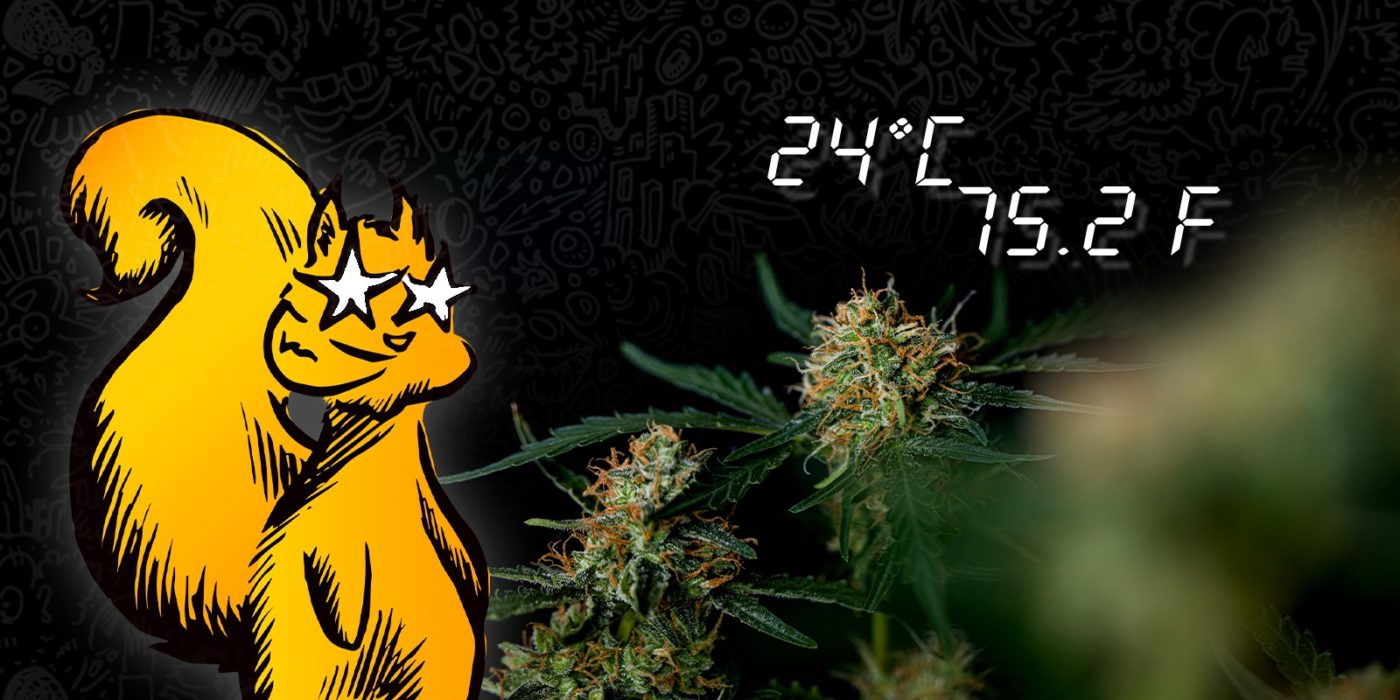