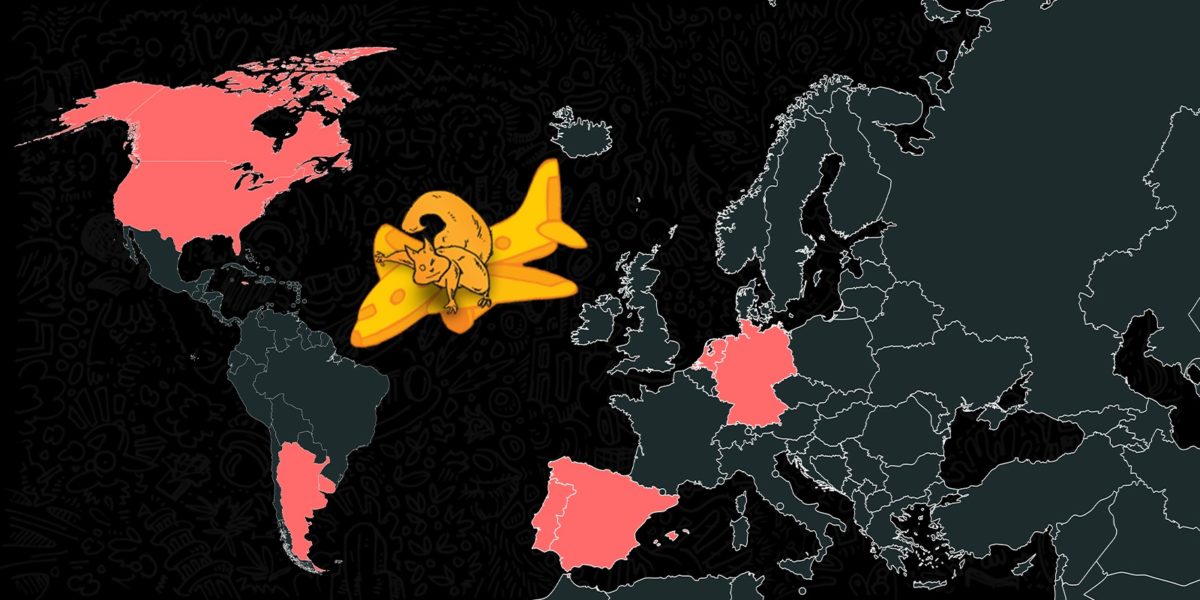 Times have never been better for cannabis enthusiasts to travel, as more and more countries around the world have either decriminalised or legalised marijuana. And, as an increasing number of places become cannabis-friendly, cannabis tourism is experiencing incredible growth. Here are some destinations to consider when planning your holiday so you get to enjoy this beautiful plant at the same time.

With cannabis becoming legal in more regions of the world, cannabis holidays are also becoming increasingly popular. If you want to smoke some weed whilst enjoying an unforgettable destination, consider heading to one of these great places, where you can explore their tourist attractions, historical monuments, and natural beauty in the company of marijuana. Without further ado, here are the best foreign destinations where you can ride the magic dragon of cannabis. 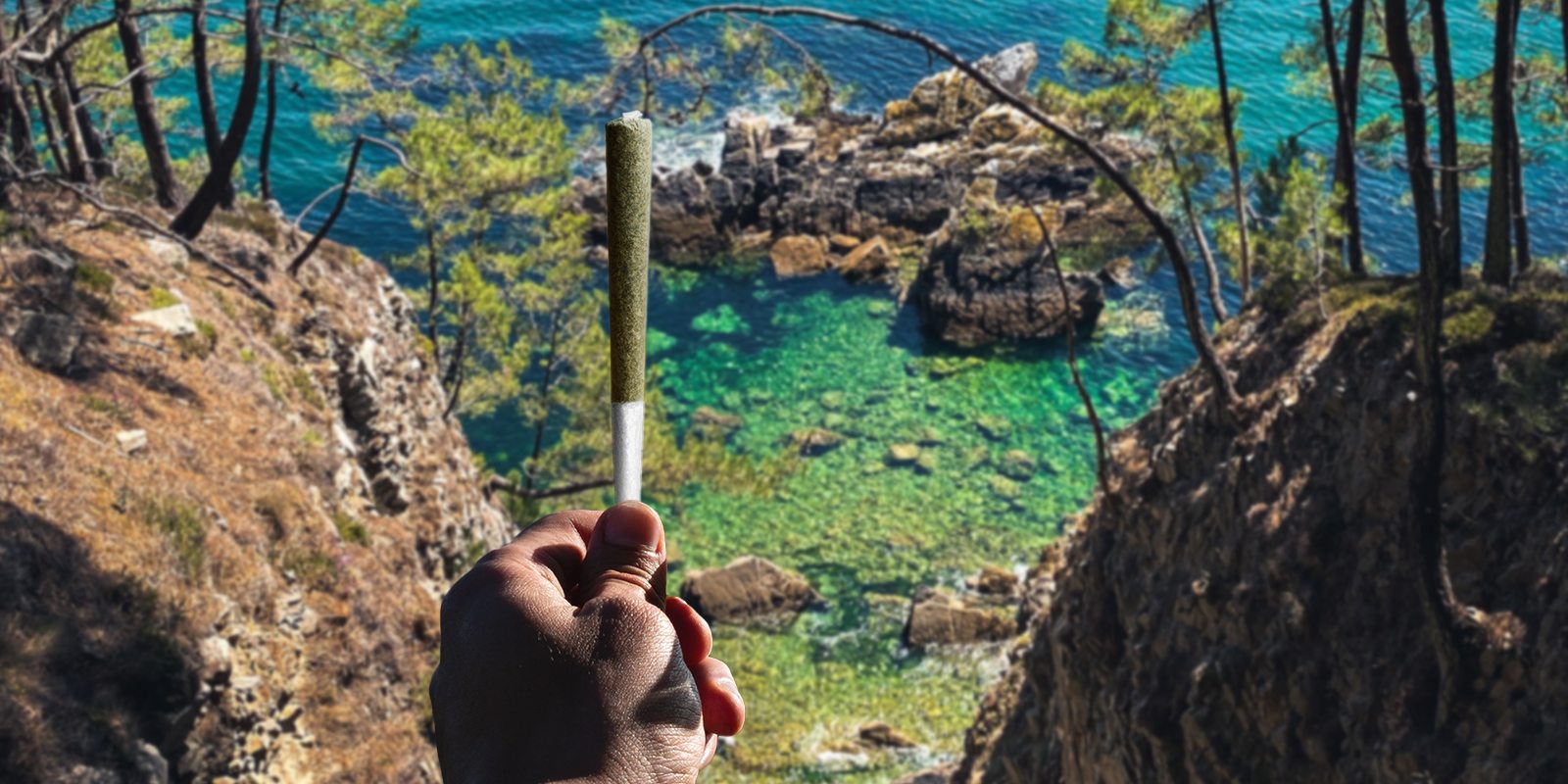 European countries in favour of cannabis use

There are several countries in Europe where cannabis use is as important a part of their culture as wine in France or coffee in Italy. These nations have traditionally had a lot of contact with the marijuana plant, although its illegality still conditions the lives of its users. These are also great holiday destinations where you can either sunbathe on their spectacular southern beaches or lose yourself in the culture of their beautiful cities of the north.

Portugal is the new trendy destination in Europe, with a record number of tourists currently visiting places like Sintra, the archipelago of the Azores, the Algarve, or the charming city of Porto. Portugal is also known for its radical drug policy. In 2001, the country decriminalised the personal use of all drugs, including cannabis. While this doesn’t mean that marijuana is legal in the country, you certainly wouldn’t be penalised for carrying small amounts for personal use. Medical use of cannabis was also legalised in 2018, so now it is being dispensed in pharmacies; however, there is no legal cannabis market where you can buy it openly. Nonetheless, you won’t find it difficult if you ask locals, since Portugal, like Spain, has had a relationship with this plant for decades.

The smallest member nation of the European Union, with its privileged climate and paradisiacal beaches, is a popular destination for those who want to enjoy the benefits of the Mediterranean Sea. But it is also a must for history buffs, as its strategic position has made this archipelago a much-desired place for thousands of years, which has helped lead to great cultural diversity. In December 2021, Malta made further history by becoming the first country in the Old Continent to legalise the cultivation and possession of cannabis for personal use. According to the approved legislation, adults over the age of 18 can possess up to seven grams of cannabis and grow up to four plants.

However, there is a very important aspect of this law that tourists should keep in mind: only home consumption of marijuana is allowed. Therefore, people who smoke in the street or in public spaces will continue to incur a fine of €235, which can increase up to €500 if performed in the presence of minors. You are also allowed to smoke in cannabis clubs, which are similar to the legal cannabis associations that you can find in Spain. And, to top it all off, Malta offers many opportunities for international students to study and work, so you no longer have an excuse not to visit this country, which is small in size yet large in sensations.

The fact that Spain smells of weed is something that anyone who comes to our territory can quickly discover. Our close contact with Moroccan hashish, as well as the great ability of Spaniards to grow marijuana, has turned our country not only into Europe’s cannabis barn, but also into a favourite destination for marijuana lovers. Despite public consumption being penalised in Spain, it can be done freely in a private setting, such as a house, club, or any other type of private establishment that has its own rules.

Thanks to this, more than a thousand cannabis social clubs have emerged in Spain, where members can freely consume cannabis. Even though membership is only for national citizens, foreigners can still get access with an invitation, especially in cities like Barcelona, where cannabis tourism is growing every day. If we add the sun, beaches, and partying to this equation, then our incredibly beautiful country of Spain is, without a doubt, an unbeatable destination.

One of the most obvious destinations is the Netherlands, which is the birthplace of modern marijuana in our continent. And particularly Amsterdam: visiting Europe’s weed capital is the dream of most cannabis smokers, especially because of its famous ‘coffee shops’. However, the Dutch authorities, unhappy with this ‘cannabis tourism’ model, have recently restricted the access that tourists have to the coffee shops. It’s important to stress, however, that in cities like Amsterdam, this last measure is more likely to be overlooked: the police don’t often actively control or admonish tourists who use cannabis harmlessly, so Amsterdam is still a great place to consider for a cannabis holiday.

Germany is the largest economy in Europe and the fourth largest in the world, so its legalisation of cannabis could boost the continent’s cannabis industry and encourage other countries to end the ban. German authorities have already decriminalised marijuana (although it cannot be purchased or sold legally), and the country has had a medical marijuana program since 2017. However, the governing coalition that came to power in 2021 is taking the necessary measures to create a system that allows people to purchase marijuana at licensed dispensaries. If this happens, Germany hopes to attract tourists from all over Europe who want to buy and consume cannabis legally. So, probably sooner rather than later, this country will pull down the wall of prohibition, which will in turn produce a domino effect in the rest of the European nations. 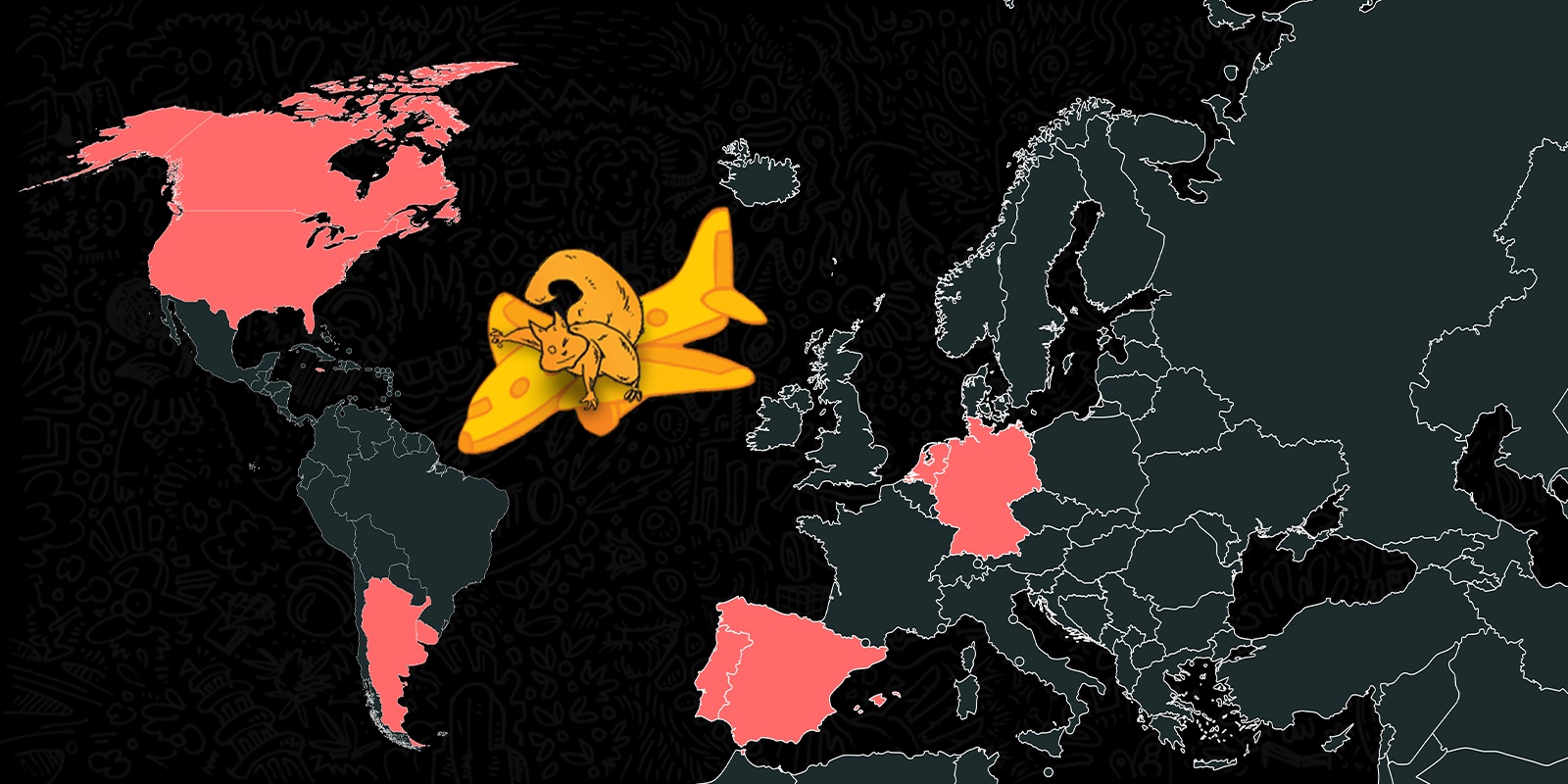 Without any doubt, the regions which are more tolerant with cannabis are located outside the Old Continent; mainly because they have already implemented normalisation processes (or have been working on them for years) which have led to the use and enjoyment of marijuana at every level.

In 2014, this small nation became the first in the world to legalise the cultivation, sale, and use of marijuana for medical and recreational purposes. Consumers in Uruguay can now buy up to 40 grams per month at approved pharmacies. Nonetheless, the country has not been interested in attracting marijuana tourism for years, so only residents can buy it legally. Tourists can smoke cannabis if they receive it as a gift, but the country is currently working on a way to allow visitors to shop in the legal market, to try to keep tourists away from illegal sellers and to help the tourism sector get through the crisis caused by the pandemic. But, until this happens, we’re fairly sure you can find a Uruguayan friend to share a joint with whilst enjoying the great South American summer!

Thanks to its unique religion, Jamaica has long been a paradise for marijuana users. From reggae music to Rastafarian culture, this country has influenced the world view of cannabis for generations, which is why it’s really surprising that marijuana was only decriminalised in Jamaica in 2015. Citizens can have up to five plants in their homes, and their use is permitted for either therapeutic or religious reasons. Nowadays, owning less than 50 grams without a prescription will result in a fine of 500 Jamaican dollars (approximately 5 euros). If you have a medical cannabis card in your country of residence, Jamaican dispensaries and authorities will accept it. Should you not have one, doctors who belong to the Jamaican Ministry of Health are quite open to issuing medical cards to visitors.

South America is known for its beautiful landscapes, its wonderful warm climate,… and some of the toughest wars against drugs. So it’s surprising that most of the continent is relatively relaxed when it comes to smoking marijuana. Countries like Argentina have legalised its medicinal use, although the prohibitionist and punitive paradigm remains in place, and recreational use is still criminalised; so probably best to get a prescription first. Or travel south, where things seem to be quieter. For example, at the Chelaweed festival, an event that was declared to be of cultural interest and which this year celebrated its third edition in the archipelago of Tierra del Fuego. This is a cannabis gathering in the town of Tolhuin that brings together producers, artists, growers, and users; and which includes a ‘glamping’ site where you can enjoy nature and the beautiful landscapes of the country’s southernmost province.

In 2018, Canada legalised the recreational use of cannabis. But, although cannabis is legal in all provinces, its sale is highly regulated, as it’s only allowed to be sold through dispensaries owned by the government (or a combination of government stores and private companies). Of course, if you are a true cannabis tourist, you will want to live the physical experience of visiting a dispensary; but, depending on the province, you’ll have a hard time finding one. One of the strangest things is the different laws that restrict where cannabis can be used. Many provinces prohibit consumption in all public areas, with smoking only allowed on private property. Therefore, most hotels, Airbnbs, apartments and the like, do not allow cannabis use in or around their property. This whole situation is not exactly tourist-friendly, but if you have a contact who owns a place, they will probably let you smoke there. Otherwise, your best bet is to simply find a sufficiently isolated outdoor area and do whatever you feel like.

If there is one country that is ahead of all others, it is the US, the main tourist destination in the world, which is now also leading the way in terms of cannabis tourism. Eighteen states (as well as Washington DC) have already legalised recreational cannabis; and the industry is booming and becoming a major driver of tourism: it is expected to be worth $90 billion by 2026. According to recent research, nearly 20% of all Americans also class themselves as cannabis-motivated travellers, which means that they’re interested in cannabis-related activities during their holidays. But different states have very different rules regarding access to marijuana: in most of them, it should be consumed in private residences; except in New York City, which allows its use in areas where cigarette smoking is also permitted.

What destinations should you avoid? 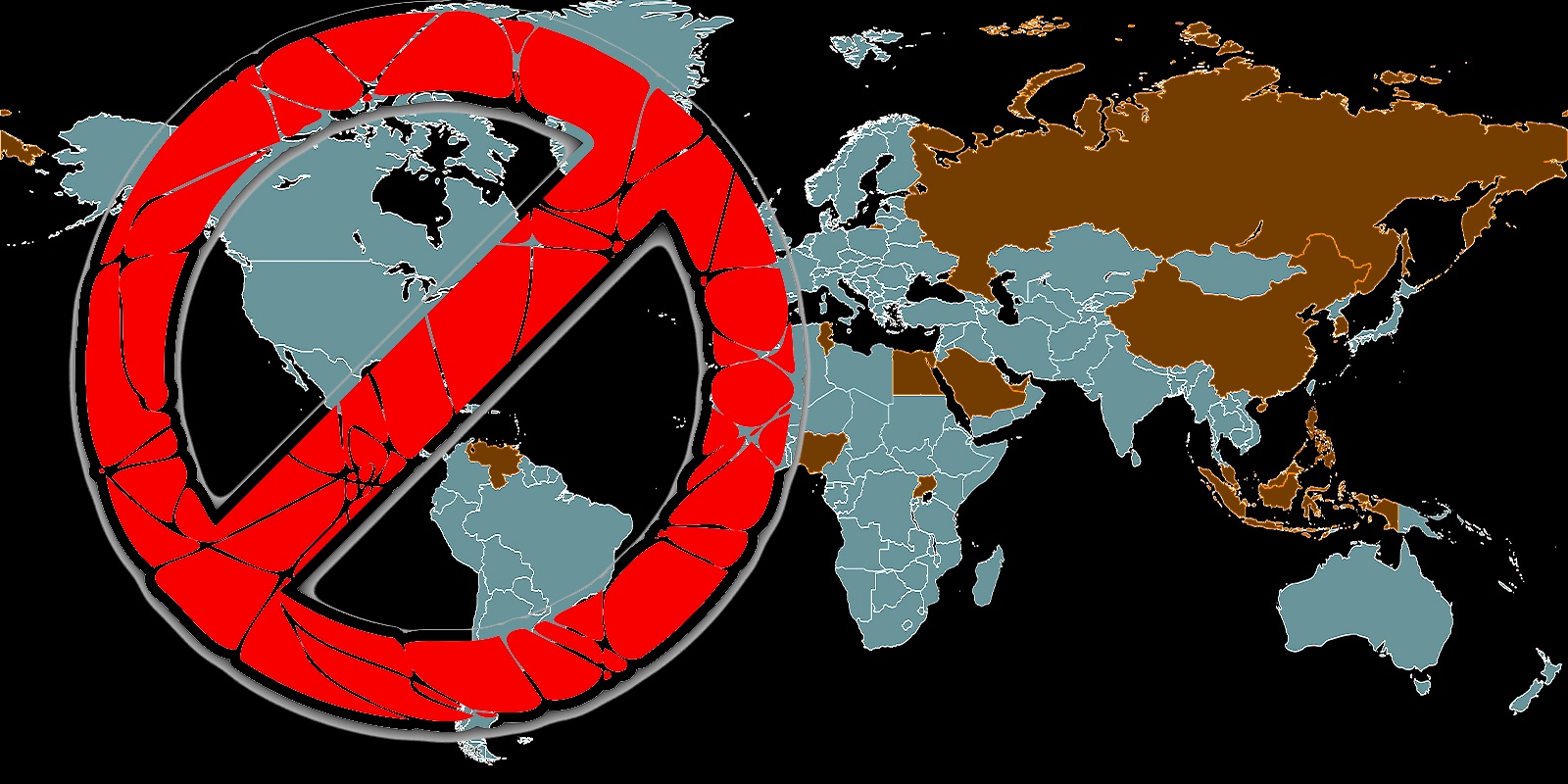 While you may live in a weed-friendly place, cannabis laws tend to change as soon as you cross the border. So, if you plan to travel abroad in the near future, you will definitely want to review the legislation of your destination to avoid any unpleasant situations. Luckily, here’s a list of some of the worst places to smoke marijuana that you should ingrain in your mind if you don’t want to end up in jail: 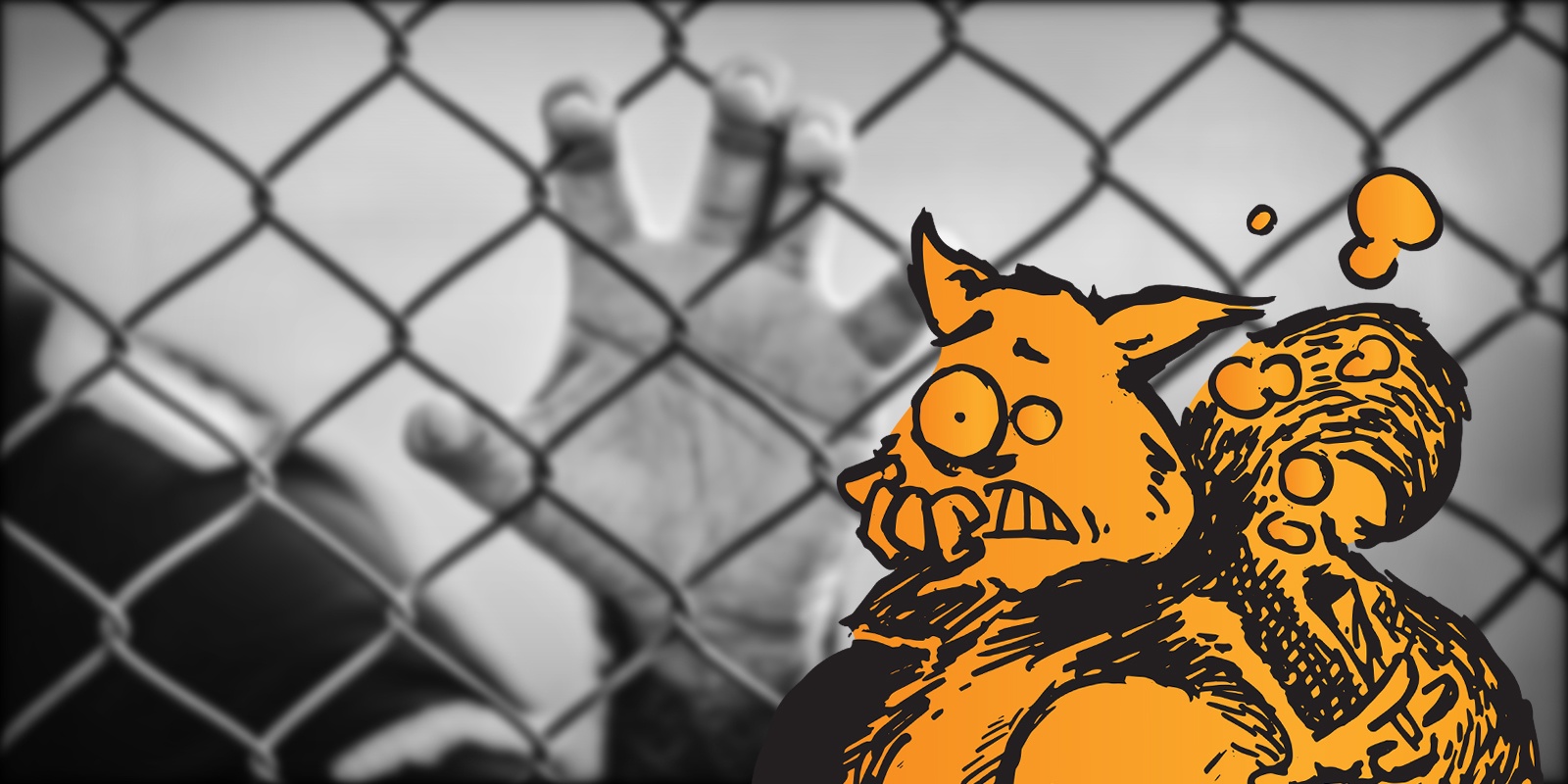