All you need to know about CBDa and CBGa cannabinoids 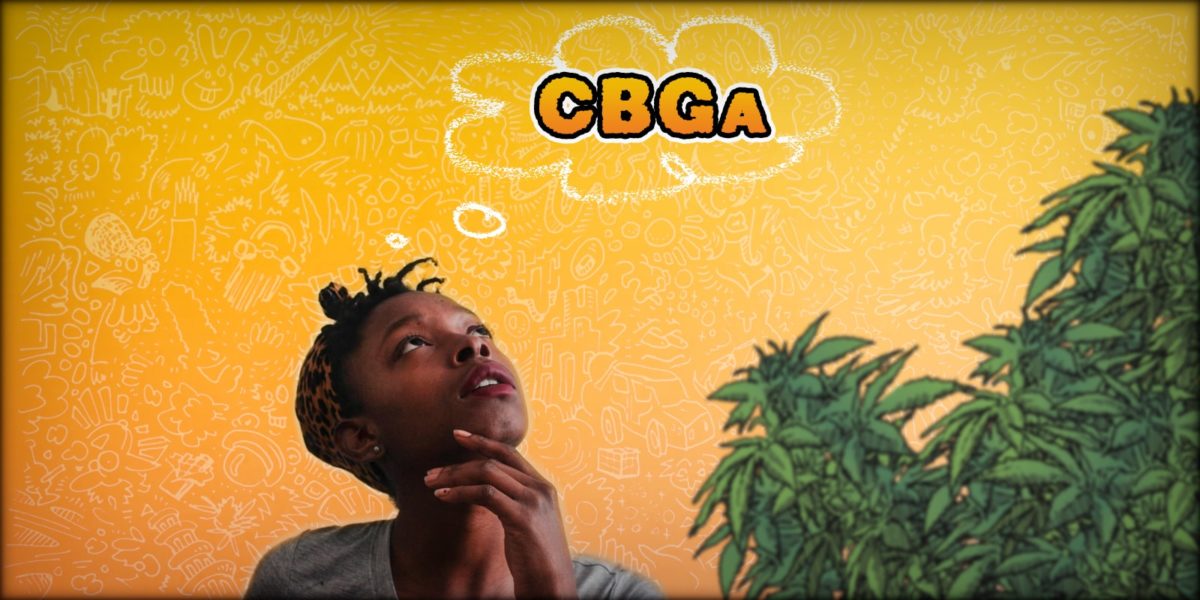 As cannabis becomes more researched, more accepted, and more available, so too are cannabinoids other than THC being spoken about and sought after.

THC is the cannabinoid that the most people are familiar with, and its associated with the psychoactive effect that you get from smoking weed. CBD has also become a household name, both for its legal status – nearly, around the world – as well as for its potential medical benefits and modulation of the way that THC effects physiology when ingested in combination.

Many fewer are familiar with CBDa or CBGa, however these two compounds have recently turned up with more frequency in conversations regarding the medical benefits of cannabis. Remember, that there are well over 100 natural-occurring cannabinoids and each one of them as well as their combinations have potentials for all sorts of medical benefits in humans, thanks to their interaction with the endocannabinoid system.

In this article we’re going to take a closer look at these two specific cannabinoids, CBGa, and CBDa, how they might effect our system and why they are so interesting and talked about in medical circles. Spoiler alert: Part of what makes these two cannabinoids so interesting is their potential connection to prevention of Covid-19. 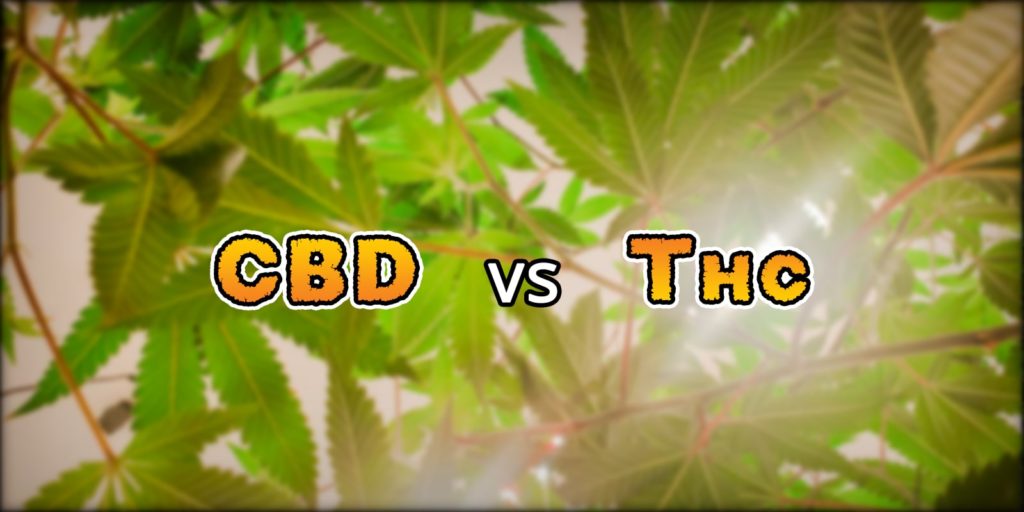 Cannabinoids, as well as the endocannabinoid system, are presently being investigated for their involvement in some pretty basic bodily functions like memory, appetite, energy balance and metabolism, stress response, the immune system, the female reproductive system, analgesia and pain relief, thermal regulation, sleep, and more. The take-away is quite simply that the endocannabinoid system is deeply rooted in so many life functions that it’s no wonder phytocannabinoids might have a potential for treating problems related to these functions.

How does CBGa effect the body?

The volume of research that has been on done on CBGa is small compared to cannabinoids like THC or CBD, however there are a list of promising results so far. One study, for example, found CBGa to reduce seizures in mice and to interact with numerous epilepsy relevant neuro-chemical mechanisms.

Like other cannabinoids, CBGa has demonstrated anti-inflammatory properties. Another study has suggested that CBGa reduces the activity of an enzyme that is associated with many diabetic complications and might be involved in the metabolism of fats in the body. CBGa is also being investigated for colon cancer. Researchers have discovered cytotoxic effects from CBGa and it may even prevent the growth and proliferation of polyps. 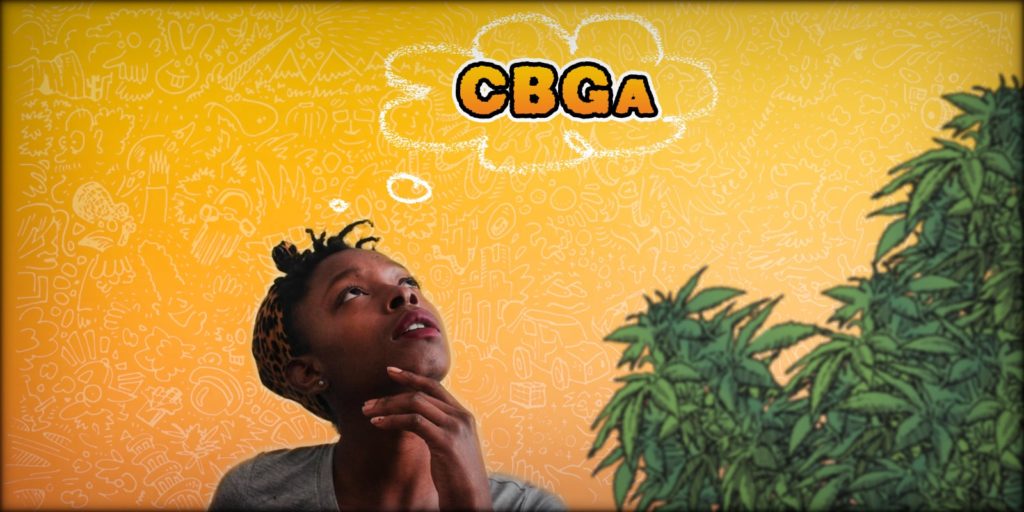 CBGa on the Cannabis plant

The flowers and concentrates that the vast majority of the world consumes do not have any CBGa in them. Mature cannabis plants have undergone further biosynthesis of CBGa until it has been turned into other cannabinoids. This being the case, any substantial quantities of CBGa are even further complicated to get your hands on because it quickly degrades into CBG if processed in to concentrate haphazardly, if it is smoked, or otherwise consumed in any way other than eating it.

Fortunately, there are a few breeders in the world who have managed to create genetics which mature with a high quantity of CBGa. Seedstockers has a couple of these genetics available, CBG Zerodue, for example, and they are specifically designed so that the plant stops at CBGa and doesn’t continue biosynthesis into other cannabinoids.

How does CBDa effect the body?

Much like CBD and many other cannabinoids, CBDa has a long list of possible benefits, and might be used for anti-inflammation, seizures, treatment of anxiety, and even treating tumors. In fact, there has been evidence that CBDa works just as well or better than CBD when treating certain epileptic conditions. It seems that it might have a higher bio-availability as well as be faster acting that CBD.

The various studies we’ve done all point towards CBDa being just as powerful, or even more powerful than CBD, in almost all of the areas that are being examined for its use. 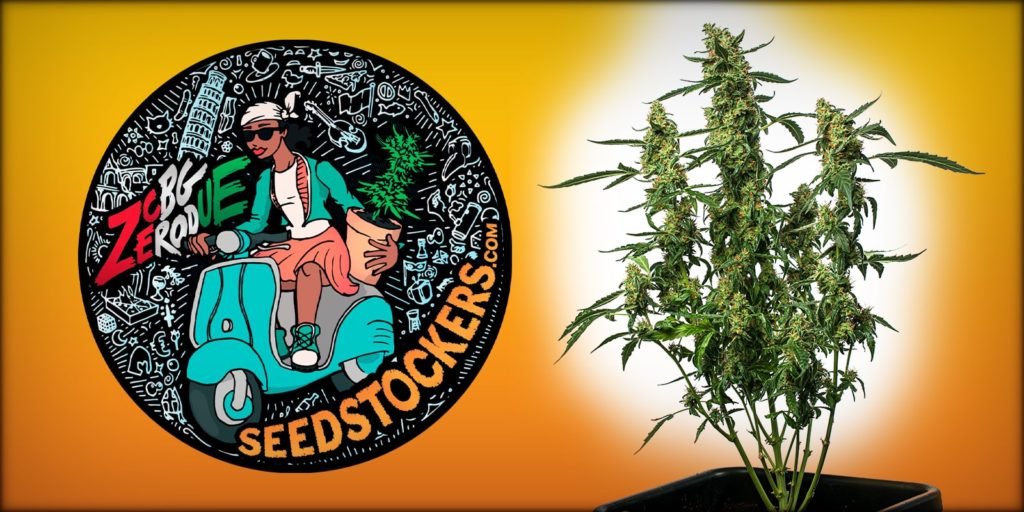 CBDa on the cannabis plant

CBDa is about as difficult to get your hands on as THCa, because its most abundant on fresh plant material which was just harvested at peak maturation. After the trichomes of the cannabis plant have synthesized CBGa, the next step of biosynthesis is CBG. This version of CBD which has had a carboxyl group removed, is used to build either THCa, CBDa, CBCa, etc, depending on the genetic information contained within the plant.

Because of the explosion of CBD breeding programs around the world, finding a plant that produces high amounts of CBDa instead of high amounts of THCa is becoming easier and easier. Genetics, like CBD Critical XXL from Seedstockers, have been strictly developed in order to keep THCa levels so low as to be legal virtually world-wide while producing tons of CBDa.

One of the most important aspects of cannabis farming is preservation of the end product. By having precise climate control during the drying process and conserving dried flower appropriately, we can ensure that the most amount of CBDa is available. Even though CBDa is such an abundant cannabinoid, we often don’t find it in edibles because there has been a traditional practice of decarboxylating cannabis before making edibles. While this might be necessary for conversion of THCa to THC – it inhibits our ability to get our hands on CBDa and ingest it.

Like CBGa, CBDa can not be smoked, vaporized, or otherwise inhaled as a route of administration. It must be administered through suppository or by eating it.

The best way to knowingly obtain CBDa yourself, is to grow your own cannabis plant rich in the CBDa cannabinoid.

CBDa vs CBGa; what’s the difference?

At the moment the pharmacological differences between these two cannabinoids is still being studied rigorously, and the current state of research leaves it difficult to make exacting claims regarding how each one of them might react differently within the body. They both have a lot of the same potential benefits, and a lot of evidence suggests the synergistic effects of both in tandem is probably more beneficial than either one by itself.

The biggest difference is that CBGa transforms into CBG when smoked, and CBG does has a mild psychoactive effect. On the other hand, CBDa turns into CBD when consumed through inhalation which is known for not having any psychoactive effect of any kind. 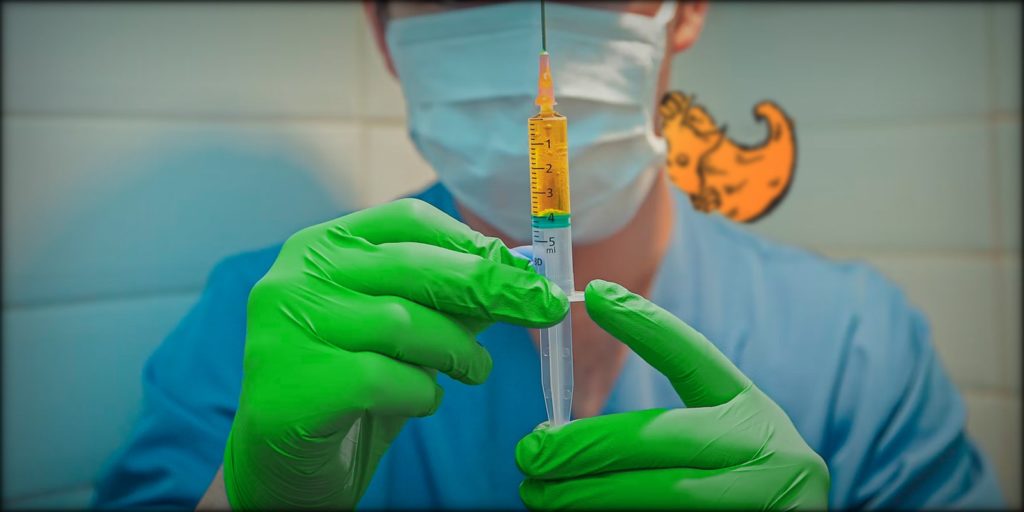 CBDa and CBGa vs Covid-19

Stoners around the world were ecstatic with the news that certain cannabinoids might be effective in the treatment or prevention of Covid-19. Many were quick to associate their smoking of cannabis with not having been infected with Covid-19. CBGa and CBDa have been identified as inhibiting the live virus a the point of cell entry, making it difficult or impossible for the virus to “latch-on” to your organism and infect you.

This is incredibly exciting news, however, we’ve learned in this article that these two cannabinoids cannot be ingested through smoking, and so smoking cannabis still can’t be claimed to prevent Covid-19. We can, however, say that there is a strong likelihood that consumption of edible products, or use of suppositories, that contain CBDa and/or CBGa will increase your bodies chances of defending itself against the Covid-19 virus.